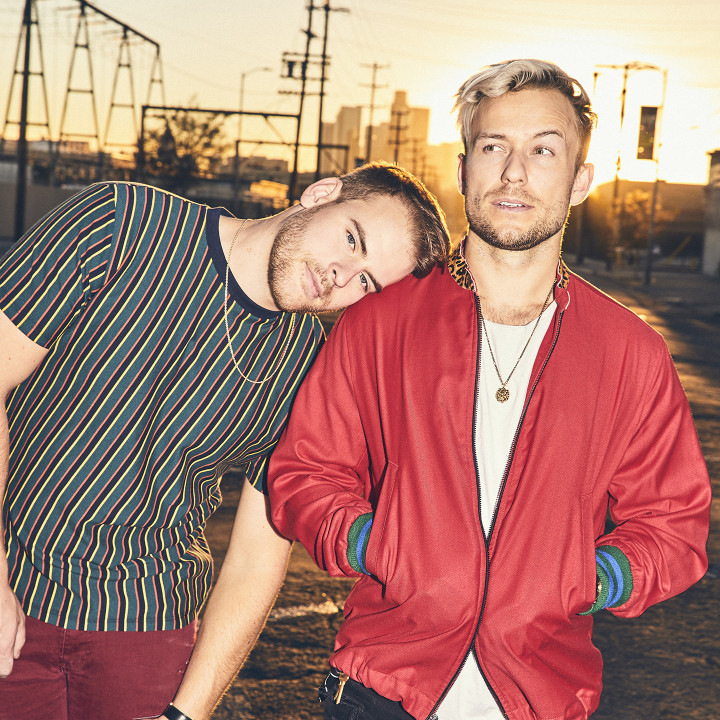 SIDEPIECE is the brainchild of Dylan Ragland (Party Favor) and Ricky Mears (Nitti Gritti). At only three years old, SIDEPIECE has already racked up some of the most prestigious awards in dance music, being nominated for a Grammy for Best Dance Recording in 2021, as well as having the #1 most supported dance record in the world in 2020, and achieving platinum and gold certifications in a dozen countries for their breakout hit "On My Mind." The duo has rapidly become one of the most sought after house acts in the industry, playing some of the most iconic venues and festivals around the globe like Lollapalooza, EDC, Tomorrowland, Bonnaroo, HARD Summer, and more, and racking up over half a billion plays across their catalogue on streaming platforms to date.

Highly esteemed producers in their own right, Party Favor and Nitti Gritti came together in 2019 to form SIDEPIECE and saw them unite their styles and help them earn a reputation for sliding between genres on the electronic music spectrum, whilst keeping firm footholds in the bass and trap worlds. Party Favor is Ragland's genre-bending bass project counting over 400 million streams and multiple chart toppers to his name globally, having collaborated with the likes of Gucci Mane, Baauer, Dillon Francis, A$AP Ferg, and more, and just released his sophomore artist LP RESET through Ultra featuring K.Flay, Lil Gnar, Elohim, Marc E.Bassy, and more. Whereas, Nitti Gritti is a 12x platinum, Latin Grammy Award and a Latin Billboard Music Award winning producer for his work on Bad Bunny's album 'x100pre' and the song "200MPH," along with recently being given the #14 spot in the '2020 Best Producers' ranking.