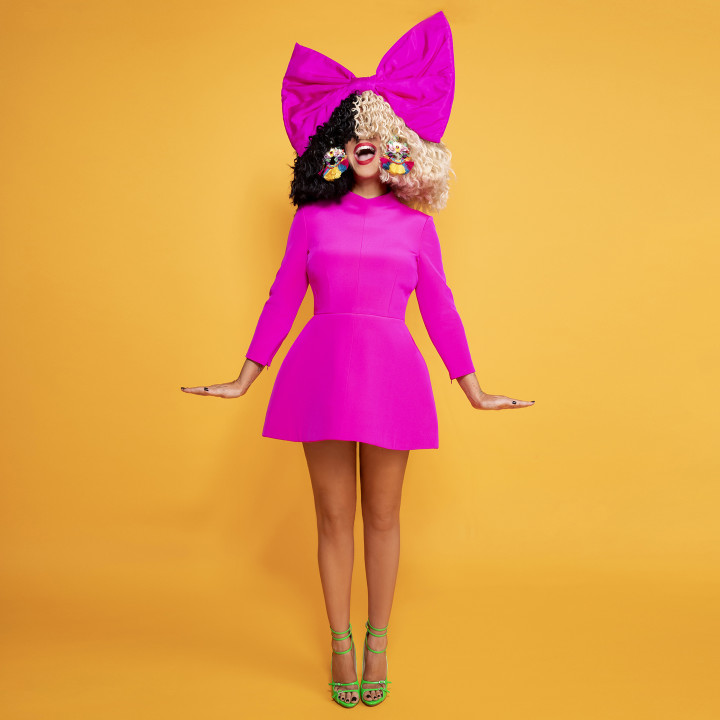 Nine-time Grammy nominee, 2 time Golden Globe nominee and Clio Award winning director Sia has cemented her role as one of today's most groundbreaking artists, sought after songwriters and captivating live performers. After countless hit singles and a combined 10 Billion + views of her genre-bending music videos Sia has taken on her most exciting and challenging project to date by writing, directing and producing the musical film Music -- out everywhere in 2021.

Sia's status as a provocative, singular visionary was cemented with a series of music videos co-directed with Daniel Askill, and her 2016 The Nostalgic For The Present World Tour for which she served as co-director, costume designer, production designer and performer. Starring Kristen Wiig, Ben Mendelsohn, Paul Dano and more The Nostalgic For The Present World Tour saw Sia play for sold out audiences everywhere from Lebanon to Los Angeles from 2016-2017.

Sia's current single, "Hey Boy," is from her forthcoming album inspired by the motion picture Music due out in early 2021. In 2015 she released the Billboard Number 1 album 1000 Forms Of Fear, featuring "Elastic Heart" and the Grammy nominated Best Video "Chandelier," co-directed by Sia. She released the platinum, Grammy nominated This Is Acting (Monkey Puzzle/RCA Records) in 2016 which featured the worldwide number 1 smash "Cheap Thrills." In 2017 she released the evergreen holiday collection Everyday Is Christmas and last year she partnered with Diplo and Labrinth to form the super group LSD. Their debut album, Labrinth, Sia & Diplo Present... LSD has 1 Billion + streams to date. Sia has more videos in YouTube's "Billion Views Club" than any other female on the planet. Along with her own successes, Sia has also written global smashes for today's biggest acts including Beyonce, BTS, David Guetta, Kanye West, Rihanna, Britney Spears, Katy Perry, Ozuna, and many more.