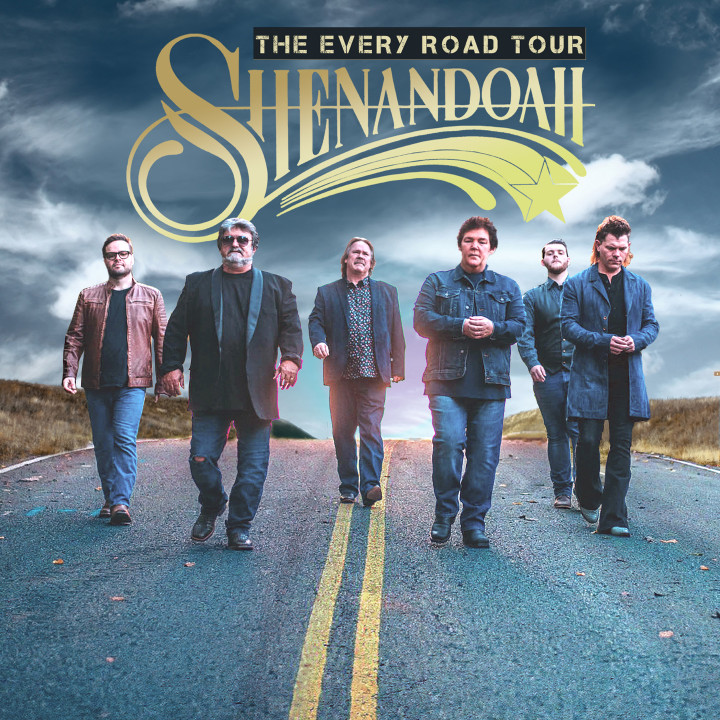 When country music lovers talk about the greatest groups in the genre, Shenandoah is always at the forefront of any discussion. Fueled by Marty Raybon's distinctive vocals and the band's skilled musicianship, Shenandoah became well known for delivering such hits as "Two Dozen Roses," "Church on Cumberland Road" and "Next to You, Next to Me" as well as such achingly beautiful classics as "I Want to be Loved Like That" and the Grammy winning "Somewhere in the Vicinity of the Heart" duet with Alison Krauss. Shenandoah has recorded ten studio albums (3 certified gold) and placed 26 singles on Billboard's Hot Country Songs chart. The boys from Muscle Shoals have left a potent legacy at country radio with over a dozen #1 records.

​Shenandoah made their first public appearance 30 years ago. They are celebrating this milestone with the nationwide "Shenandoah 30th Anniversary Tour." The group recently signed a record deal with BMG to release their first new album in two decades. Shenandoah premiered their debut single off the album, "Noise," on SiriusXM and marked their first release to radio in 20 years. The track is produced by Jay DeMarcus of Rascal Flatts and hit the top 30 on the country charts. Their new album, "Reloaded," was recently released and was the highest debuting album on the Billboard Chart of their entire career. The album debuted in the Top 15 on the iTunes Charts. Last month Shenandoah premiered a brand new music video on CMT for their current single,"That's Where I Grew Up," featuring fellow country star, Michael Ray.