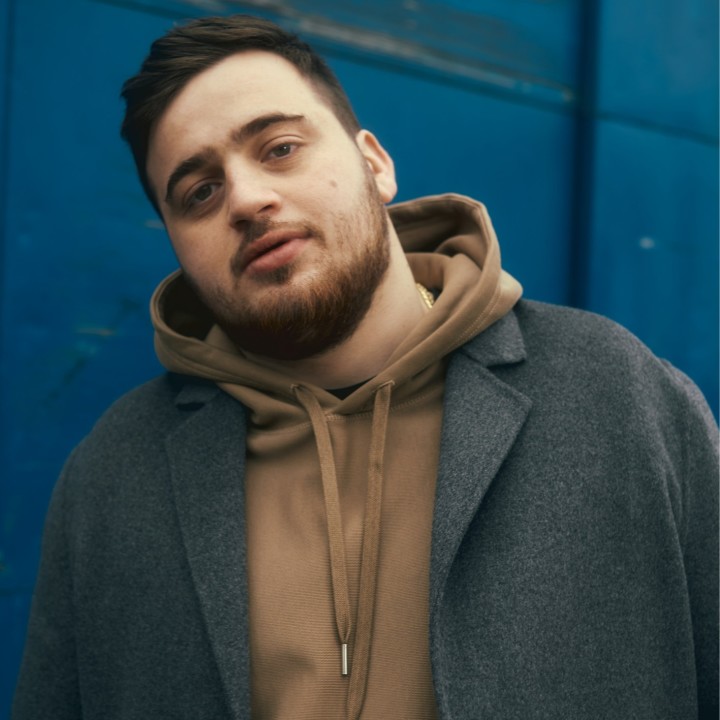 "I suppose," supposes singer, songwriter and superstar-in-the-making Shaun Farrugia, "what I'd like to say to anyone who's about to discover my music, is this: 'Hi. I'm a 26-year-old man who's fallen deeply in love, and expressing it felt weird, so I chose to do it through music. Welcome to my world. This is me.'"

That is indeed Shaun, but this talented Maltese performer is plenty more besides. It's hard not to get swept away by songs Shaun describes as being like "an ocean of voices": soulful, emotive music inspired by his love of artists like Coldplay and Kane, that's already captured the attention of fans around the globe. The storytelling in his music is perhaps no surprise -- by his own admission Shaun is "a sucker for a good story" -- and Shaun's own story is, itself, quite something. It's the story of a guy overcoming adversity, finding his own lane in life, and creating space for himself in an industry that doesn't often welcome outsiders.

But here we are, and here Shaun is. And this is, quite unmistakably, happening: from early songwriting credits for artists as diverse as Mimi Webb and The Script, to collaborations with the likes of Martin Garrix, to co-signs from some of the biggest tunesmiths in the business. Shaun rapidly approaches local hero status on the Mediterranean island that once seemed impossible to escape.

As a kid Shaun endured bullies who'd mock him both in person and on social media; Shaun grew to feel ashamed of who he was, and never felt good enough among his peers or in the classroom. An ADHD diagnosis eventually brought clarity to some of Shaun's struggles, and nowadays feels a bit like a superpower, but at the time it brought Shaun's world crashing down. "I remember standing outside the room when they'd given me my results, thinking: 'Well, I'm stuck. I won't be a lawyer, I won't get a degree, I can't concentrate, I won't ever achieve anything and that's it.'" It was songwriting, he discovered, that gave his life the North Star he's been following ever since. "I wrote how I felt, and through doing that I suddenly had purpose," he recalls. "Songwriting became the one place where I could be truly honest with my feelings." He eventually drifted into real estate, which wasn't exactly what he wanted to be doing: it was a hard period, he remembers, knowing that the one thing he was really good at was music.

Eventually, unperturbed by his lack of contacts or Malta's scarce music industry resources, he took matters into his own hands. Figuring that getting hold of superstars might be tricky, Shaun found a back door: hitting Instagram and messaging the people behind the scenes. "I found anyone who wrote or produced songs, and got in touch," he says. There is, you might argue, a fine line between 'getting in touch' and 'beginning a spam campaign'; either way Shaun reckons he must have sent 2,000 emails during that period. In response, there was a deafening silence. Until, one day, there wasn't. In 2018, Shaun received feedback he will never forget: "I think there's a hit here." Next was Ian Kirkpatrick, known for his work with Dua Lipa and Shawn Mendes. "The reason I persevered and pushed through is that there would, occasionally, be these signs of goodwill," Shaun remembers. But there were knockbacks too: at one point, Shaun hatched the idea of submitting an original song to a Maltese X Factor contestant, only at the last minute for judges to demand the act performed a cover. It was depressing. "I was thinking: 'What am I going to do? Songwriting is the only reason I get out of bed in the morning, and it's all I think about when I go to bed at night.'"

Then one day, the positive feedback turned into something concrete, or so Shaun thought. He'd messaged Sigala during an Instagram live chat, and had been invited to come and meet the producer in London. The date was set twelve weeks later: 21st January, 2019. "I remember receiving that message so well," Shaun remembers. "I said: 'That's it. That's the day I'm moving.'" Shaun had three months to sell everything he owned, and managed to get together a few grand for his big move. He quit his job. There was no turning back. He arrived at Stansted with two cases, a backpack, and no idea where he was going to sleep. Still, he reasoned, he was just hours away from signing a deal and would soon be able to get a flat. He turned up at the meeting with the same luggage: his entire life sat outside the meeting room. He was expecting champagne corks to start popping. And that's when he was told: "I don't know what they said to you... You know this is just a preliminary meeting, right?"

"But I was adamant on getting something going," Shaun says, so he found somewhere to live. This involved living in an attic in an illegal house share; with no heating or wi-fi, but there were trains whizzing past the window at all hours, random screaming at night, and rats scratching at the door. He couldn't even afford cooking equipment. If you've ever had someone tell you don't have a pot to piss in, that's pretty much where Shaun had found himself. "I felt like I wasn't living, I was just about existing," he remembers. "I was eating, sleeping, drinking, and trying to write a song."

Shaun's knack for making things happen would be his salvation. On one occasion he was writing in a studio and heard The Script were in the room next door; he knocked on the door, introduced himself, played the band some of his songs and found out three months later that one of them would be on the band's next album. The following year Shaun got his first cuts with Mimi Webb and Martin Jensen.

Those voices from his past -- the bullies, the teachers, one particularly unhelpful former colleague who told Shaun he had a horrible voice and could never make it as a musician -- were beginning to echo less loudly in his life. And he did eventually sign with Sigala, as the first signing to Sigala's management and publishing company Lighthouse Music. The gamble paid off, Shaun was quickly snapped up by Polydor. Next thing he knew, Martin Garrix's people were on the phone. "Two days later I was on a flight to Amsterdam," he laughs -- not long after that the first of two collaborations surfaced, with those songs since being streamed tens of millions of times. After a slow start for Shaun, everything was everywhere, all at once. And those thousands of emails he sent in 2018. Funnily enough, people are now finding the time to reply. "I got another one the other day, four years on," Shaun smiles. "Still, better late than never."

Since signing his deal Shaun's he's been carefully and decisively collecting a slew of nuanced, fresh and decidedly romantic music, largely inspired by his girlfriend. His debut EP is shaped around their relationship, capturing Shaun's response to being head over heels in love and the anxieties that can sometimes bring. "She means the world to me, and it reflects in the songs," he nods. "I want people to feel the experience of being a normal, Maltese man who loves his girlfriend to bits." Plenty of artists sing about love, of course, but too often those songs can sound abstract or contrived. When you hear Shaun's music, you'll know that these are songs that needed to exist, and need to be shared far and wide.

As a regular guy doing extraordinary things Shaun scores high on the likability scale, but he manages to balance his unassumingness with an ambition that's hard to ignore -- and is right there in his extraordinary songwriting. Most importantly for Shaun, there's a hope that perhaps his own presence in the pop cosmos might give hope to others. "I want to be an inspiration to people who maybe don't look like your average superstar," he says. "All I can say is I've been given a gift, and I don't even know if I deserve the gift, but I've found a way to speak through my music and I want to show the world that you can be from anywhere and you can be something, regardless of who tells you it's not going to happen. You can smash it. You can defy everyone."

"People used to call me a dreamer," he adds. "But this dream I've had for so long is actually coming true. In my music, just like in my life outside music, I'm a hopeful person. I believe in love. I believe in true love. And I believe in being able to make things happen."