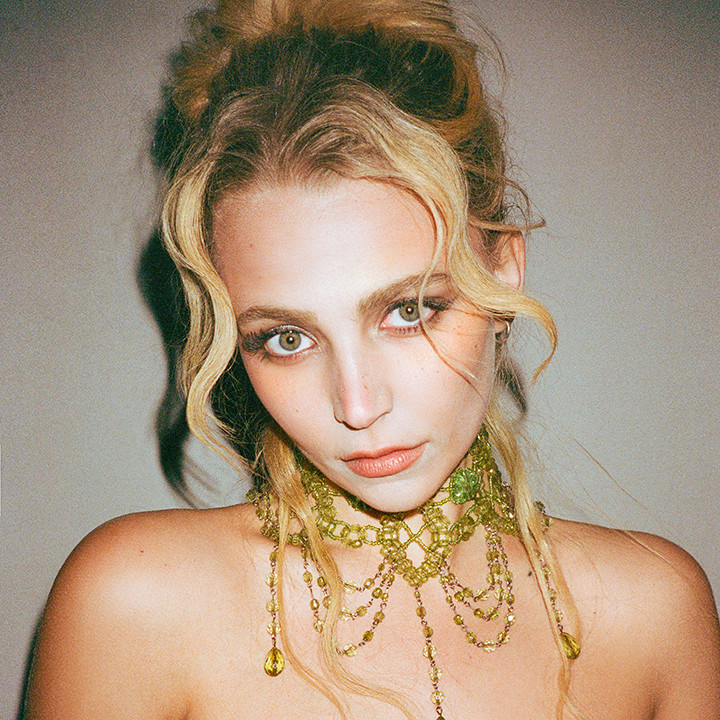 A confessional and introspective singer-songwriter, Savannah Conley has crafted a body of work that stretches across genres. Being raised in Nashville by a background singer mother and session guitarist father culminated in an intrinsic need to tie her life experiences to songs, using music as the backdrop to put her feelings into something tangible with the hope that others might find comfort in them, too. For a songwriter that would eventually be awarded with the John Lennon Songwriting award at just nineteen years old, release her debut EP at twenty-one, and receive acclaim from the likes of Rolling Stone and NPR, saying Conley's music resonates with listeners would be an understatement.

The release of her 2021 EP Surprise, Surprise marked a tonal shift in Conley's discography. Equal parts gritty and poetic, the 6-track EP demonstrates Conley's sheer desire to leave it all in her songs, singing about everything from losing sight of oneself to knowing when someone is wrong for you. The body of work was applauded by the likes of Nylon Magazine, CLASH, and Rolling Stone, solidifying what so many already knew of her: when it comes to powerful storytellers, she can easily sit with the likes of Phoebe Bridgers and Julien Baker.

If Surprise, Surprise was Conley's coming-of-age story, her upcoming music is the sonic embodiment of coming to terms with how tumultuous life is. Her first single of 2022 is "Always Gonna Happen," an ode inspired by the cheeky moments one predicts the outcome of a situation and further solidifies Conley as a whip-smart, powerful songwriter. "Always Gonna Happen" is the musical embodiment of everything Conley has experienced -- and lived through -- throughout the most formative years of her life, from the complete abandonment of religion to experiencing the overwhelming, snarky feeling of knowing her foresight and judgment was correct.

"There was a moment when I realized that this is the first time in my life where things have actually happened to me," Conley describes. "My co-writer Marshall and I looked at each other and talked about the shit that has happened that we haven't even talked about before." After spending years believing the world was one way, the rug was pulled out from underneath Conley, forcing her to navigate life with new eyes. "When you figure out the world isn't what you thought it was, it makes you question a lot. "Always Gonna Happen" plays into that; it's about trusting my instincts to get away from situations and people to move forward in life."

Since the release of Surprise, Surprise, Conley has shifted perspectives in regards to making music. To put it in Conley's own words: there are no more kid gloves. "As a woman in the music industry, you're scared to be deemed hard to work with if you're too vocal about direction and decisions," Conley states. "There was a point where I just made the decision to be more involved by trusting my decisions and advocating for myself. This is the most involved I've ever been, it has my stamp all over it."

At its core, what ties all of Conley's music together isn't the heartache or confusion but the community Conley has created through music, something she experienced last year while on tour with fellow songwriters Samia, Jade Bird, and Briston Maroney. "When I'm writing, it's a purely selfish experience of needing to get whatever I'm experiencing out of my head," she explains. "It isn't gone until after it's done. I hope it can help people that have felt similar and let them know they're not crazy. At the end of the day, everything we make is about unity. You might not know each other, but there's a bonding experience because you've gone through the same things."

With her upcoming music, Conley hopes to give some peace to her fellow 20-somethings that, like her, feel everything so deeply it sometimes feels all-consuming. "There are things in your 20s that are never going to happen again," Conley explains. "There are situations you experience that make you feel like your world is falling apart, but you learn to get back up. These new songs are all about experiences that I thought were going to wreck my life forever... and then they don't. We're all still standing."