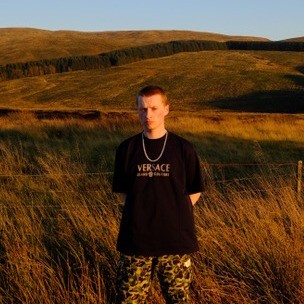 "Gellaitry's music can transport a listener into another reality."
PITCHFORK

"He has deft control over his material, which can be intricate, with an exuberant globetrotting aesthetic, but rarely feels cluttered. His Escapism EP contains middle-eastern strings, pitch-shifted dancehall vocals, snake-charmer woodwind, harps and EDM drops. You'd expect these to clash horribly on a 17-minute EP, but somehow they make complete sense."
THE GUARDIAN

"It's his deft handling of a menagerie of percussive sounds; so much going on and yet, instead of feeling weighty, the result is delicate, even graceful."
THE FADER

"Jungle Waters comes out of the beat and back around to its twisting and turning orchestral beginning, then melts again into a multi-colored fantasy world of electric textures and playful sounds."
BILLBOARD

"Gellaitry delivers his signature genre-bending electronic music that is both experimental and captivating."
HYPEBEAST

"Escapism III' evokes the 20-year-old producer's cinematic scope for genre-defying productions that burst with colour as he tells his coming-of-age story."
MIXMAG