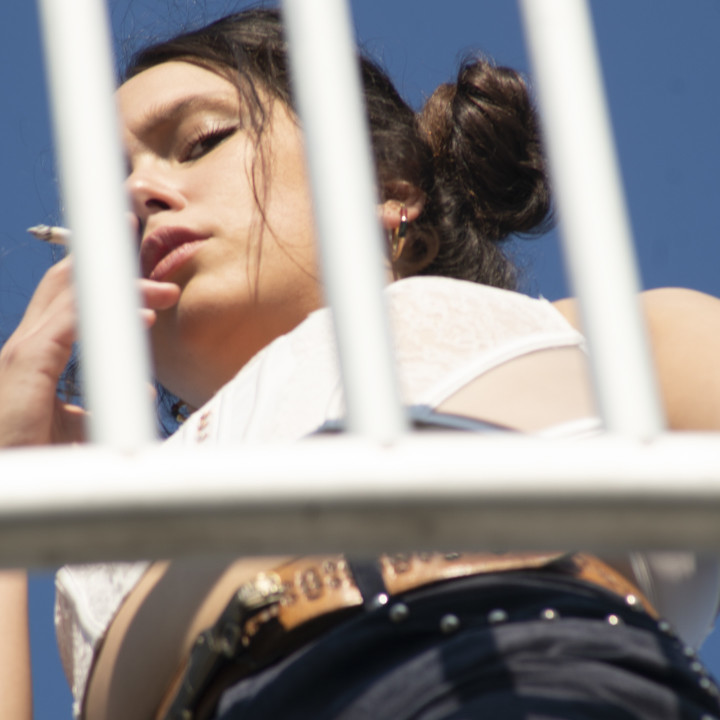 Her sound is similar to her journey -- eclectic, always evolving, and unfeigned.

Hailing from the small town of Shelburne, Ontario and born to two artists, Ruby was immersed in a musician's world at a young age. Now, a young artist herself, she plugs in and belts out, unapologetically leaving you in awe.

Ruby recently released her highly anticipated sophomore EP, "If It Comes Down To It" and received worldwide acclaim. Her single "Quantum Physics," garnered significant attention, amassing over 7.2 million streams to date. Simultaneously, Ruby has built familiarity across Canada as her singles "Supernatural" and latest offering "Blow," both reached the Top 5 at Alternative Radio in Canada.

Ruby's 2021 included a supporting slot on City and Colour's headline US Tour, a performance at Osheaga 2021, and her own string of sold out headline dates across Ontario, with a sold-out crowd at Toronto's Axis Club (fka The Mod Club). Ruby launched into 2022 with a JUNO Nomination for Alternative Album of the Year and plans to release her third EP later this year alongside a North American tour and various festival appearances this summer.