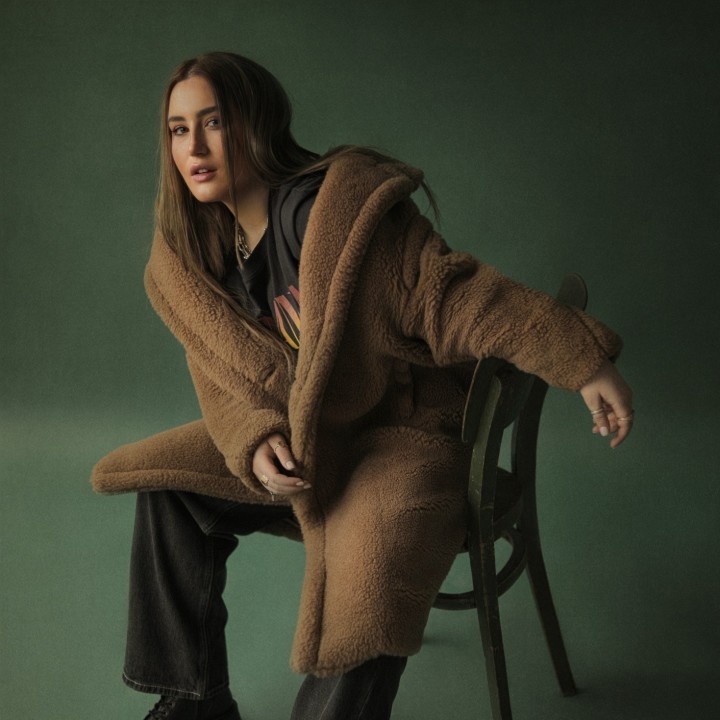 Rosa Linn is on her way to becoming Armenia's first global music artist and first female music producer. Based out of Vanadzor, Armenia, a small city with, as she describes, "strict conservative views," Rosa is a 21-year-old music artist, song- writer, and producer who is breaking out of her hometown's hold. Despite playing the piano at the age of six, and being encouraged by her parents to pursue her passion for music, Rosa's experience as a musician was a solitary one: "[In Armenia] you're always on your own: getting gigs, finding the audience...with no opportunities and sponsors because there's no infrastructure and no music industry. I was afraid I wouldn't get a shot. But I didn't give up on my dream."

Nvak (pronounced "nuuh-vak") Collective and her partnership with them changed that. Rosa is now a viral sensation, worldwide.

Building on this momentum, Rosa was then selected to represent Armenia at the Eurovision Song Contest in May 2022.

Her submission "SNAP" quickly became a fan favorite. After only 2 months of being released, "SNAP" took on a viral life of its own, growing the track to over 2 million streams a day on Spotify. After reaching #33 on the Global Billboard Top 200 charts, Rosa is running out of barriers to break and expectations to exceed.