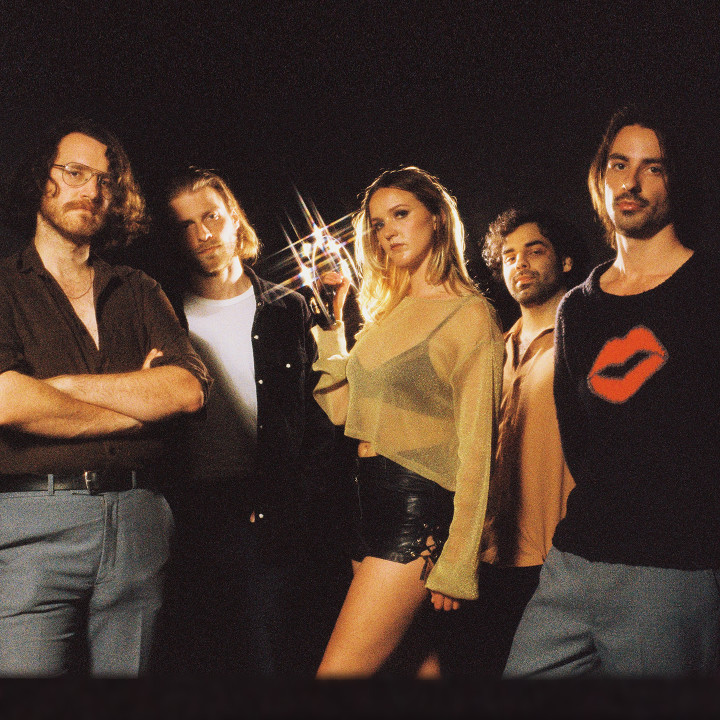 ROMERO is an exhilarating burst of hard hitting, punk-laced power-pop that tips its hat to the classics whilst remaining fresh amongst the modern-day punk landscape. Their debut 'Turn It On!' is the memorable party, steeped in twist-like dancing, deep and meaningful chats with strangers, air-shredding in the middle of the dancefloor, lover's tiffs and wrong decisions culminating in a prophetic realisation that these indeed are 'the days.'

ROMERO waste no time in displaying the shimmering unity of all their parts on the butterflies-inducing opener 'Talk About It' which explodes like a new-years firework, swinging listeners into a thrilling cascade of melodic guitar leads played at a neck breaking RAMONES-y pace, before the vocal melody really applies the defibrillators. Title track 'Turn It On!' moves your body towards the dancefloor with it's Debbie Harry swagger and cowbell-pounding energy that crescendos towards a powerful guitar solo. Meanwhile 'Halfway Out The Door' and 'White Dress' bring ROMERO into ballad territory with soaring choruses and a focus on dynamics.

Formed in Naarm/Melbourne after each member found themselves at a crossroads in life, ROMERO -- Alanna Oliver (vocals), brothers Adam Johnstone (guitar) and Dave Johnstone (drums), Fergus Sinclair (guitar) and Justin Tawil (bass) -- was identified as one to watch in the underbelly circles of mail-order punk, selling out multiple pressings of their debut double-A side 'Honey / Neapolitan' in 2019. Their independently released 2020 follow up 'Troublemaker' landed them placement in NME 100 and airplay on triple j, KEXP and NPR. Their debut headline show in Melbourne was quoted as "one of the greatest concerts that this writer has seen in years" by The Music. The hotly anticipated announcement of Turn It On! drew support internationally from the likes of Pitchfork, FADER and Stereogum. Having teamed up with some of the last bastions of DIY punk, Cool Death & Feel It Records, Romero's debut stands alongside cherished modern classics by Low Life, Sweeping Promises and POWER.