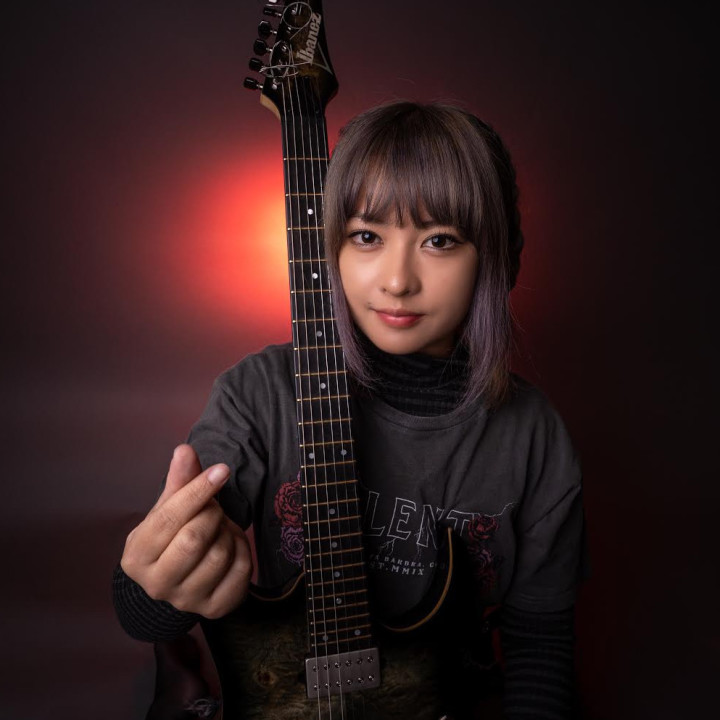 They say that overnight success takes 10 years but pop punk band RinRin burst fully formed onto the scene in summer 2020 with their debut single ‘The Game’. The band is fronted by 20 year old Qarin (RinRin) Hipe from Perth. Showing an early aptitude for guitar, Rin joined her father’s cover band at age 13 and then the emo-rock band ‘Love Me Natalie’ before striding out with her own material playing shows with her Super “Kuya’s”, KR Arguelles, James Judges and Eddy Bissett.

‘Seek the Truth’ followed in January 2021 and was in the Top 10 AMRAP Metro Charts and the Triple J Unearthed Metal Chart. Both singles brought international attention to RinRin and by summer 2021, she had been snapped up by management company Riverman with Paradigm as her European agent.

The first single from the debut EP - Episode 1 – was Hellfire, released on July 9th along with a stunning video of Rin’s vision of the dystopian storyline of her music.

The EP was released on September 3rd with the track ‘Shadows’ chosen for the Spotify Editorial Playlist ‘Rock Out’ (76k followers).

With an undeniable sense of the direction she wants her band to have, RinRin is ready to play her powerful brand of pop punk all over the world.