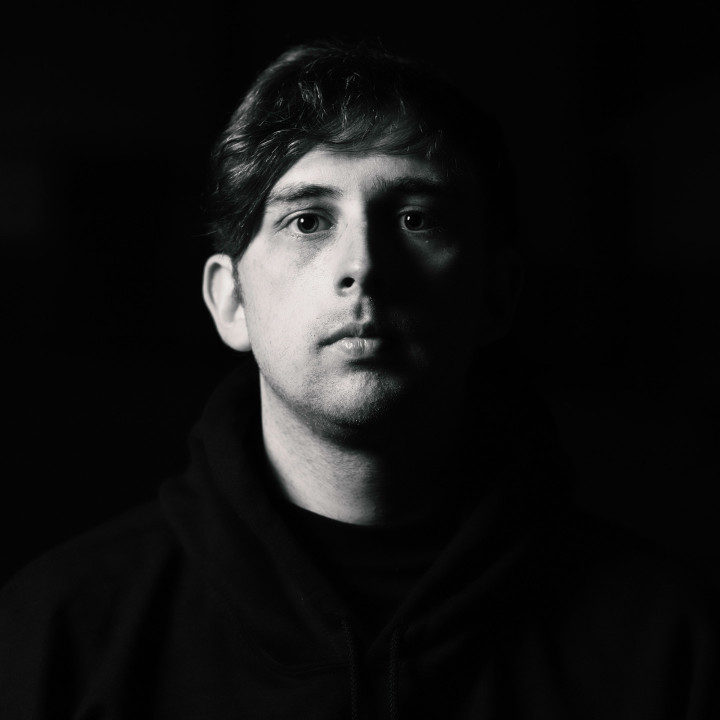 If you want to arrive with a bang, you can’t do much better than Rebūke. A project forged in the white-hot atmospheres of the Irish underground club and rave scene has ushered in the most exciting new artist in years. A DJ and producer creating something new and genuinely exciting. A soundclash of house, techno and rave (yes, rave) records from the early 90’s melded together to create that elusive thing - an original sound of his own.

His track ‘Along Came Polly’ has been a game-changer. A twisting, turbo-charged rattlesnake of a track that sounds like nothing else, it was exclusively in the hands of Jamie Jones who played it all summer 2018 to rapturous reactions - and a viral response on social media. Besieged with requests and signed to Hot Creations, it rocketed to the top of the Beatport charts on release and stayed there for a month - including two months at the top of the tech house charts. It was 2018’s final Essential New Tune for Pete Tong on Radio 1. Rebūke has been an ever present on the station’s playlists ever since, gaining constant rotation from the likes of Mistajam, Annie Mac, Danny Howard, Monki - not to mention his own exclusive hot mix for Tong himself in February 2019.

His follow up Jump Ship EP on Dirtybird, snapped up by Claude Von Stroke and featuring ‘The Pipe’ topped the Radio 1 Dance chart for 2 weeks and again went top 10 on Beatport widening his fan base even further and lauded by everyone from Adam Beyer to Diplo, Jamie Jones to Fisher. As a result, Danny Howard named him as one of his 3 Future Fire stars for 2019.

His Rebūke/rave series caused a major stir with reimagined versions of rave era classics such as ‘Bombscare’ and ‘The Tape’, gaining glowing reviews from A list DJs. It led directly to an official remix of Xpansions ‘Move Your Body’ on Shadow Child’s Food Music, again play listed across the board on Radio 1 and charting highly on Beatport.

Describing his sound itself is pretty easy for Rebūke. “I love house, techno, and old rave records. I’ve got a deep, almost obsessional interest in the Italian, Belgian and UK records from the early 90's and I try to bring that into my productions. It’s really about capturing the dirt and energy of the records of that time and fusing it with modern house and techno that I love too. That’s definitely what appeals to me.”

His DJ career has exploded along similar lines. Already a headline star in his native Ireland he’s put in roof shaking performances at the likes of Techworks (Cork) BD Festival (Wicklow) with forthcoming appearances at Techworks (Cork) and Life Festival (Meath). Club appearances at D8 Dublin, Shine Belfast and support slots for the likes of the Chemical Brothers and Deadmau5 have cemented him as one of the most bankable names in Ireland.

Further afield he is already playing constantly in the UK and Europe. Handpicked to play at Annie Mac’s Lost and Found Festival (Malta), Hideout (Croatia) Fabric (London) Stealth (Nottingham), Amsterdam, Oslo, Leeds, Glasgow, Manchester and Liverpool are among many others ticked off in the first period of 2019 alone. North American debuts during Miami Music Week playing for both Paradise and Dirtybird are confirmed along with a debut tour of Australia in June, with a full-length tour of the USA to follow in the summer. Closer to home, his own night ‘Outhouse’ has grown from humble beginnings to become a phenomenon - inviting guests of the calibre of Alan Fitzpatrick, Darius Syrossian, Mella Dee, Ejeca and Huxley alongside Rebūke’s own headline appearances.

And the name Rebūke? ‘Well it’s a play on words on my real name which I really liked’ says the man himself. ‘But it also means ‘to intend to correct a fault’ which appealed to me too because I was getting bored with all the same old tech house I was hearing. I thought it was time to do something about that.’ he laughs.

It’s fair to say Rebūke is doing something about it...