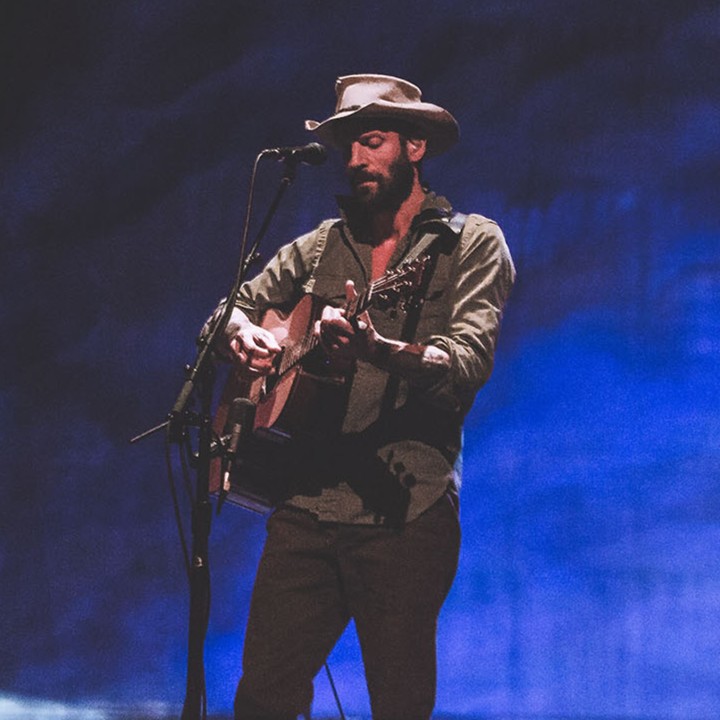 The Monovision Tour: Ray LaMontagne and his trio hit the road this Fall to perform live the songs from his album MONOVISION as well as hits from across his catalog. MONOVISION includes breakout songs such as "I Was Born To Love You" and #1 AAA single "Strong Enough."

"LaMontagne has filled "MONOVISION" with warmth and pure emotions on songs that, even without all the bells and whistles, will ring true in ears and hearts." - Associated Press

"The melodies themselves are steeped in traditional approaches yet never dated, and Lamontagne's vocal delivery serves as welcome company, as it has for the 16 years since he debuted with Trouble in 2004." - No Depression

"Both LaMontagne's craftsmanship in the composition of these songs and his easygoing, unaccompanied playing will come as comfort food to established followers who should welcome this most organic return to his roots." - American Songwriter

Ray LaMontagne has released 7 studio albums, 5 of which have reached Top 10 on Billboard’s Top Rock Albums chart and Billboard’s Digital Albums chart.  Additionally, Ray’s 2010 album God Willin’ & the Creek Don’t Rise won the Grammy for Best Folk Album and was nominated in the coveted Song of The Year category for “Beg Steal or Borrow.”

Each release from his catalogue over the last 13 years carries its own character and feel. Having worked with producers Ethan Johns, Dan Auerbach of the Black Keys and Jim James of My Morning Jacket, Ray’s vast sonic catalogue has been called everything from “a perfect throwback to the lost art of the album-length format,” from Entertainment Weekly to “epic and magical,” from Rolling Stone and “gorgeous and ambitious,” from Esquire.  NPR’s All Things Considered said that Ray throughout the course of his career “has continued to push himself in different directions,” while People called Ray a “marvel of nature.”