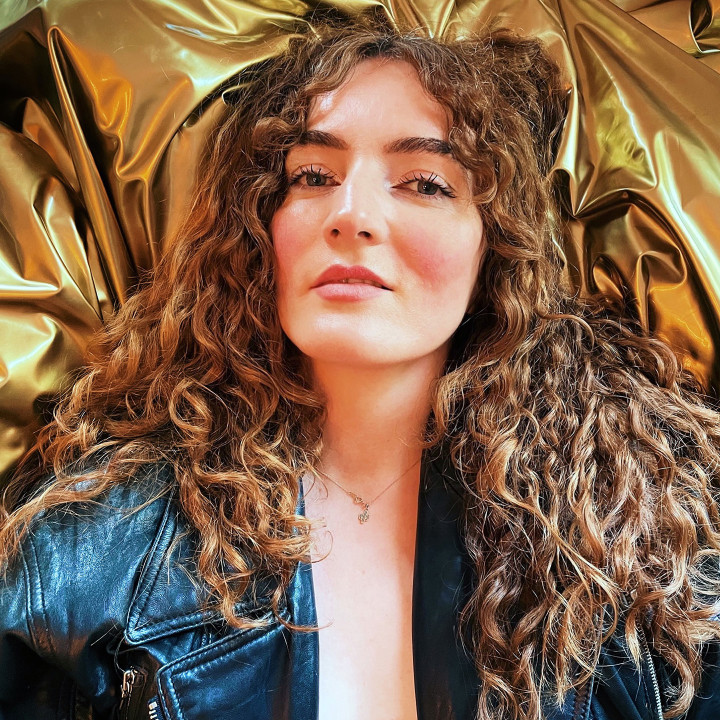 Born in Bolton, UK, Planningtorock -- aka. singer-songwriter, producer, composer and director Jam Rahuoja Rostron -- has been using music as a mirror to learn more about themselves for the last seventeen years.

In the early noughties, the artist debuted with their first full-length record 'Have It All' and collaborated with subversive innovators such as The Knife and Peaches. Four acclaimed studio albums later, and Planningtorock is a recognised force in politicised dance music that warps sound into new shapes, and explores ideas around gender, queerness, sexuality, and desire. Also in demand as a remixer, Christine and The Queens, Robyn and Romy of The XX have enlisted Planningtorock as a collaborator in recent months -- and last year, the multitalented artist teamed up with Chanel's sound director Michel Gaubert. Their 'Planningtochanel' EP soundtracked the Parisian label's Autumn/Winter 2020 show, and was the first work created in Jam's new home city of Tallinn, Estonia. It's also here that Planningtorock created their transformative new EP, 'Gay Dreams Do Come True.'

Jam uprooted to the Estonian capital -- a beautiful and gentle-paced, cobble-stoned city on the Baltic coast -- after spending two decades in Berlin. Already feeling restless and ready for a change, everything fell into place when the musician met their partner through mutual friends in Helsinki; soon, Jam relocated to Riinu's home city full-time. Last September the couple married. LGBTQ+ marriage isn't legal in Estonia, so the ceremony took place at the city's British Embassy -- in theory, the country recognises marriages which took place abroad. In reality they have been struggling to get their partnership acknowledged in their home country while under a right-wing coalition government. With the prime minister now ousted over an alleged corruption scandal, Estonia is going through a time of great political upheaval. Distant hope of a more progressive government is on the horizon -- and 'Gay Dreams Do Come True' represents Planningtorock's own personal exploration of queer love.

A loud, proud, unabashed celebration, Planningtorock's new EP 'Gay Dreams Do Come True' stands in opposition to the tragic queer narratives which can sometimes dominate the mainstream, Jam set out to make a record which basks in the all-consuming joy of queer love instead, and the sense of belonging and safety that comes with it. "I feel there's something very political about owning queer happiness," Jam says, "cutting it out and saying: we have a right to be happy. I want to make quite blatantly gay music to take up space. I felt like I was gay-dreaming on the day Riinu and I got married! There were little birds and stars around my head," they say, laughing. "I was really pinching myself." Speaking further about the track, Jam says, "this song is a dedication to my love, my wife Riinu and to the Black trans women who fought for the rights we have today as queer, gay, non binary lesbians."

This same giddiness is plastered joyfully across the entirety of 'Gay Dreams Do Come True.' Written and recorded in Tallinn around the time Jam got married, the ebullient title track beams and struts beneath a shimmering disco ball. "I'm hot and I'm wet at the same time," Planningtorock sings in a playful and desirous outpouring, "my heart is jumping and my ass is on fire." "I wanted to make music which makes you feel good, because life is hard, and happy music is really important," they explain. "To be able to say something within that happiness is really nice."

Propelled by buoyant synthesised strings and house-inflected urgency, warmth and contentment pours out of 'Girl You've Got My Heart' as Planningtorock promises their devotion: "your love is good, so good for me," they declare. There's also a fire burning at the core of 'Her Heart Is My Home' -- skittering beats bursting forth out of cinematic orchestration as a pitched-up Planningtorock sings of the sanctuary they have found in love. It's the artist's most personal release to date -- inspired in part by the process of making 2018's similarly exposing album 'Powerhouse.' "When you open up to people and you share your painful experiences, people are like, 'thank you, I've got a load of bags too!'" Jam says. "It's a fantastic exchange, and it made me really grow in a way I couldn't have grown without it. It released me, quite literally."

Aside from the title track, much of the EP was made on the Estonian island of Hiiumaa -- Jam was visiting family there when the country went into lockdown, and quickly built a makeshift studio in a wooden attic above a sauna. "This is massively romantic," Jam laughs, "but Riinu would come and light a fire on the little stove each morning." The accidental paradise they stumbled upon in the remote forest ended up informing the new release. "It's totally the gay dream -- us there in our lumberjack shirts with a dog and six cats on an island, they add, "a queer utopia."

The accompanying music video for 'Her Heart Is My Home' takes this notion of a queer utopia and rolls with it. Filmed by an all-queer crew, both Jam and Riinu are the video's star protagonists, embracing tenderly as the screen bursts into technicolour. Elsewhere, Riinu rides her horse, Baron, down a windswept beach, and the overwhelming romanticism is intentional, explains Jam. "I just wanted to go there! Super mushy, romantic, soft, and taking up that romantic space. We always see this kind of stuff in straight films and music videos, and I want to do this myself now: my wife riding along the beach on her beautiful horse!"

Reaching this utopia has been a long journey. Two years ago, Planningtorock's track 'Dear Brother' -- from their 2018 full-length album 'Powerhouse' -- laid bare the sexual abuse they experienced from their brother as a child, and the healing process has been lengthy and difficult. 'Gay Dreams Do Come True' is in part about reaching a place of intimacy and safety. In the past, Jam -- who is non-binary, and whose pronouns are they/them -- has used Planningtorock as a way to explore aspects of their sexuality and identity. Pitch-shifting their vocals in particular has been an important device for examining the idea of an "authentic voice," and was "queering on a personal level."

With 2011's DFA-released 'W' they played with gender visibility using facial prosthetics, and its self-released successor 'All Love's Legal (2014) celebrated the inherent joy of queerness with playfully defiant tracks like 'Misogyny Drop Dead' and 'Patriarchy Over & Out.' And with this latest new iteration of Planningtorock, Jam is ditching all artistic costumes -- for now, at least.

In the past, these costumes served as a way for Planningtorock to explore their queerness: "now, being with Riinu I feel very, very seen," Jam explains, "I feel very visible -- and I haven't in the past. It makes me feel really full, and I don't feel like I need to push my image that much. It was a way of saying this is me, here I am"

"My music has always been the way that I've become a better person, grown, and understood myself and what's happening around me," Jam continues. "A lot of my music has been about me trying to get to a point in my life, and I feel like now I've got there. You live through many lives as a queer person, because you've got so much heteronormative conditioning to get rid of. It's a bloody fight, isn't it? Now, I want to just be me. I feel very happy in myself and maybe that's enough."