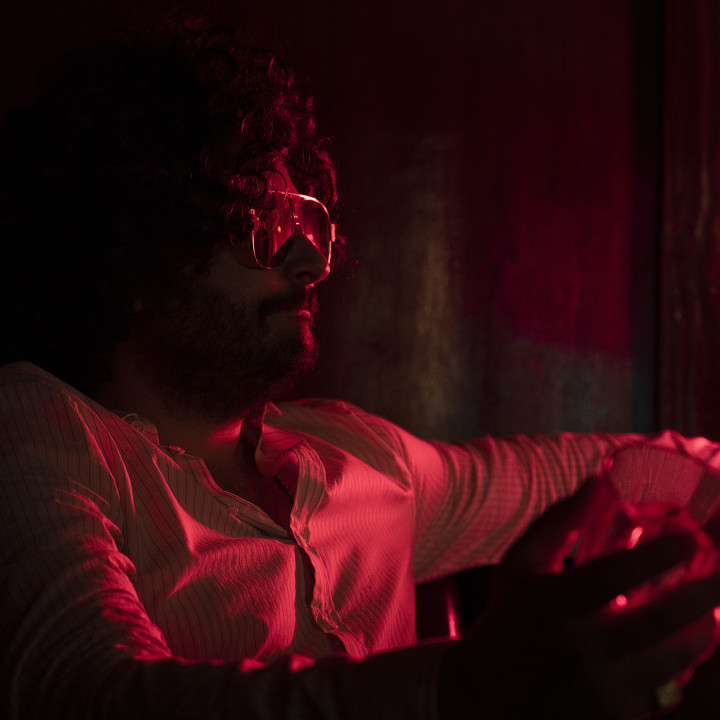 A BIT ABOUT PJ WESTERN

Hailing from Los Angeles with an arsenal of songs as varied as the American landscape itself, PJ Western creates music of contradictions. His tripped out pop-rock psychedelia evokes a haze of 60's AM radio as heard emanating from someone else's car window.

Western's first attempts at song were hummed from the crib, not long before a pair of free-spirited parents started him down a path of meditation and philosophical inquiry aimed at embracing the duality of one's nature. That path proved fruitful, as Western grew into a gentleman outlaw, a drifter with direction, a man locked in a fight to find serenity.

Here I Go, Western's debut album, recorded during the lockdown we all endured, was written in dreams. In visions. Wild but refined, classic but modern. The album is a lot like the man who wrote it: complex, celebratory, grateful. Recorded in LA with the help of some of the finest musicians the city has to offer, Here I Go offers a perspective of the city as heard through the ears of a precocious outsider -- someone who may call the city home, but also can't quite shake the suspicion he might not belong in the Hollywood Hills surrounding him. It's one man's level view of a wayward world, ages past and present, spirited and spiritual, a glass of wine beside a busted mirror, a detailed dream found on the gravel path of meditation. A lullaby hummed first from the crib.

When the music plays, why do we lean in and listen?
What do we hope to find?

PJ Western hopes to find some truth. And while that path has led some to harsh living along the way, Western knows it's the trip that counts.

Expressed.
In song. In album.
Here I Go
Because in these strange times, we all turn to music. We all search for truth.
And we all keep going, too.