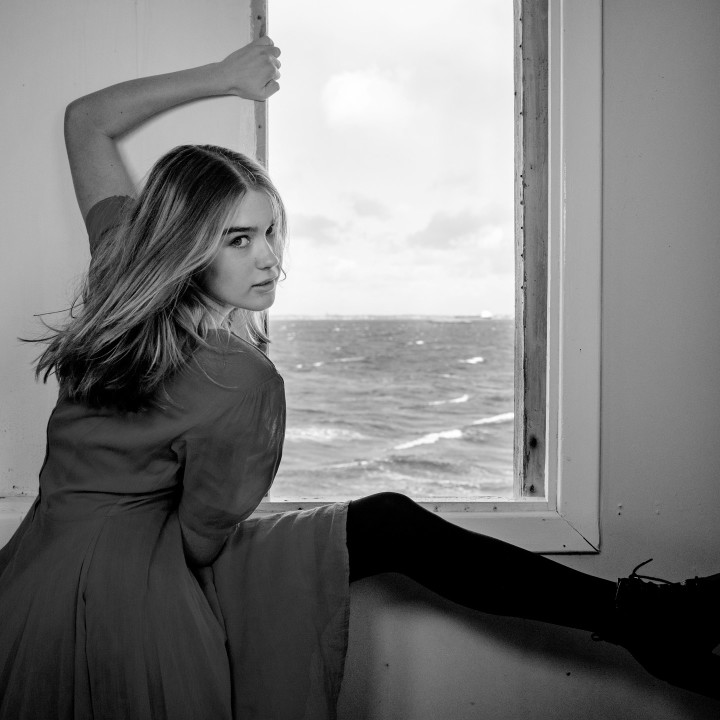 Swedish singer/songwriter Paula Jivén makes spellbindingly original pop music, each song sparked from her radiant imagination. At just 17-years-old, she's already cultivated a truly singular voice as an artist, one that defies all expectation in favor of following her most playful and daring instincts. With a self-described mission of "disrupting the comfortable and comforting the disrupted," Jivén is set to deliver a debut body of work revealing her supreme gifts as a storyteller and the tremendous power of her captivating voice.

Growing up in Gothenburg, Jivén took up violin at the age of three and later learned to play piano, in addition to singing in the church choir all throughout her childhood. When she was nine-years-old, Jivén's parents began taking her and her younger sister to the opera house for classical music performances nearly every week, an experience she credits with helping to develop her multidimensional musicality. By the time she was 11, Jivén had started writing songs of her own on piano, and at age 13 made a major leap forward in her music career by winning the highly coveted golden buzzer on "Sweden's Got Talent." Soon after completing her time on the show, Jivén began working with A-list co-writers and producers in Stockholm and Los Angeles, carefully carving out the delicately textured sound that defines her music today.

With her first batch of singles, Jivén shows the potent balance of emotional realism and dreamy sensitivity within her songwriting -- a dynamic intensified by each track's graceful interlacing of live instrumentation and electronic experimentation. On "What Are You Hungry For?," for instance, Jivén portrays a close friend's struggles with an eating disorder, her tender vocals blending beautifully with the song's mesmerizing beats. "'What Are You Hungry For?' came from watching someone who was so sick, and not being able to help them," she says. "So many girls starve themselves because they think they're not good enough, and I want them to know that hurting yourself is never the way." A brilliantly chilling piece of pop shaped from Jivén's growing fascination with analog synth, "Run Away" unfolds in warped grooves and dizzying rhythms as she recounts the story of a girl fleeing from her abusive boyfriend. And on "Husky," Jivén lets her most idiosyncratic sensibilities shine to glorious effect. "It's a song about an alcoholic who has a dog and the dog wants to save his owner, so he drinks all his liquor -- but then the dog dies," Jivén explains. Fantastically strange yet profoundly heartbreaking, "Husky" ultimately presents a powerful meditation on self-destruction and its impact.

For the many fans who keep up with her on TikTok, the raw sincerity of Jivén's music will come as no surprise. Not only an outlet for her more whimsical creative impulses (such as a recent video in which she narrated assembling a sandwich, capturing each step in breezy sing-song melody), the platform has brought Jivén closer to fulfilling one of her main ambitions as an artist. "I have a lot of young girls following me, and it's important to me to show them that they can be whoever they want to be -- that they can be themselves no matter what," she says. "I try to be honest and direct with them, and it's the same thing with my music. I always want to be as genuine as I can be in my songs, so that when you hear them you just feel it in your gut."