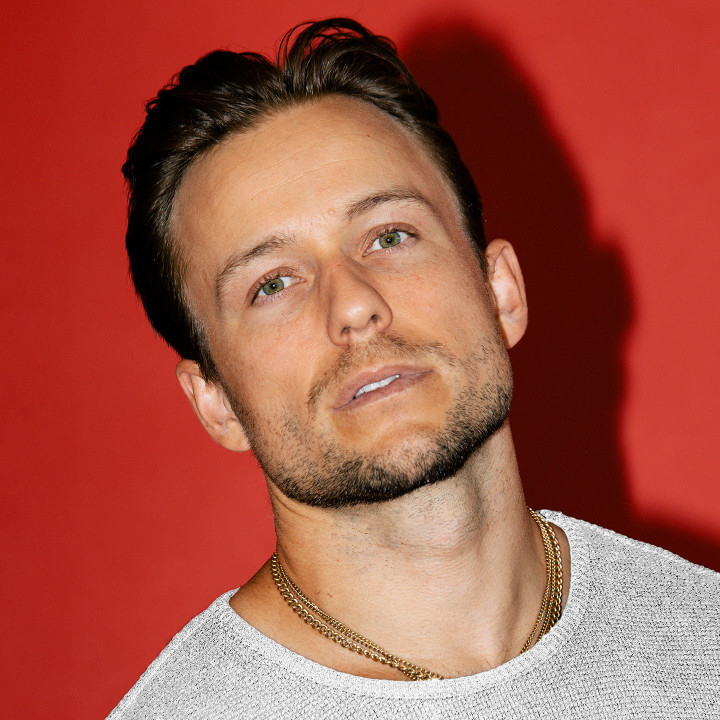 Though his earthshaking beats inspire the world's rowdiest crowds, there's more to Party Favor than the "party" alone. Dylan Ragland's highly-technical production skills and conceptual song-shaping talents are among the reasons he's a household name in dance music. From heavy, trap-rattled bangers to shimmery, synth-laced cuts, Party Favor proves his sonic aesthetic is boundless. As he reveals the newest era of his creative journey with RESET, his new album to arrive in early 2022 on Ultra Music, he aims to introduce fans to the complex man behind the scene's wildest sets.

After exploding on the scene in 2014 with his breakout hit "Bap U" (over 40 million streams) and dazzling fans at EDC Las Vegas the same year (fun fact: it was not only the first festival he ever played, but the first he ever attended, too) Party Favor got to work on his "Party and Destroy" EP which hit #1 on US Dance Radio, #2 on iTunes Dance, and #7 on Billboard's Dance radio charts. This impressive kick-off cemented Party Favor's reputation as an accomplished trap composer and in-demand collaborator, with acts like A$AP Ferg, Diplo, Gucci Mane, Offset, Lil Baby, Rich the Kid and Dillon Francis among his most notorious co-pilots. The stunning success of these works sent him to dozens of events across the globe including Coachella, Creamfields and Ultra Music Festival, all in addition to mind-bending shows at Hakkasan and Omnia in Las Vegas where he's held multiple high-profile residencies.

A commercial heavy-hitter as well, Party Favor's music is aligned with megabrands like Google, Coca-Cola, T-Mobile, and Apple, and has been featured on everything from Amazon Prime Video's 2020 content reel to the Fast and Furious trailer that debuted during Super Bowl LV. He scored the entirety of Madden 21 in addition to lending his tunes to other popular gaming titles such as FIFA, NEED FOR SPEED and the button-smashing list continues. His power-packed productions have also been known to elevate box office hits like Neighbors 2 and 2017's Baywatch, as well as award-winning television series, such as HBO's Silicon Valley and ABC's Superstore. Recently, Party Favor even scored an Apple Keynote and his song "CELERYJUICE" was used to announce the new iPad.

Born in New York City to artist parents, Party Favor spent his formative years immersed in the bustling galleries and inventive communities of Manhattan and Park City, Utah, a mountainous town where he spent much of his youth. Los Angeles was also integral to his development -- it was where he pursued acting for the stage and screen before studying film editing at Chapman University, a skill he continues to sharpen while directing his own music videos and visual art experiences, most notably those accompanying each work on his hit debut album Layers (35 million streams). Through it all, a constant love for music percolated within him, leading Party Favor on his self-taught path toward stardom.

In 2020, fate gifted the Los Angeles-based producer and DJ with a much needed break from the road, and during this introspective period he turned his efforts toward the ISOLATION album, which he wrote during the most uncertain days of the COVID-19 pandemic. The extensive 13-track LP boasts tracks like the wub-centric "CELERYJUICE" and the calming "SOCIAL DISTANCE SUNSETS," and as a whole spotlights more experimental sounds ranging from hip-hop-infused chill beats to rushing dnb breaks. During this extended period at home, Party Favor also launched "Kinda Isolated," his YouTube (62K+ subscribers) series in which he invites electronic music's key players into his living room for candid conversations over craft cocktails.

On the horizon, his sophomore album and his most personal work to date sees the prolific producer push the boundaries of his musical prowess leagues further. In this follow-up to ISOLATION and Layers, he essentially peels back even more to reveal an artist who's faced mental health struggles and emerged the victor. The lead single "Save Me" speaks to this sentiment directly with Party Favor offering, "Save Me' is an ode to the demons we're all fighting constantly. Everyone's going through something different all the time, and for me that's dealing with anxiety. This song comes from the perspective of a person's subconscious mind trying to rid itself of those demons, even when they keep coming back time and again." Another selection, "Anxious" featuring MASN, covers similar subject matter. "Through this song, I want listeners to feel as though they're in this dreamlike state," Party Favor says. "It's essentially about breaking up with being anxious, and leaving behind this feeling that we hate. We all have anxieties in our life. So I think hopefully everyone will relate to that message in some way."

But that's only one palpable theme within the new records. Overall, the LP is a textured, genre-defying collection filled with atmospheric, future-trap tinged ballads, rap stunners and electro-fueled heaters, such as "Losing My Mind" featuring the otherworldly tones of Elohim, who is just one of many intoxicating vocal features on the rich and nuanced album.

Regarding side projects, in 2019 Party Favor took an artistic detour with SIDEPIECE, his club-adjacent house music duo with Nitti Gritti. Their GRAMMY-nominated hit "On My Mind" with Diplo (over 300 million global streams to date) hit #1 on the Beatport charts for 21 consecutive weeks, #1 on US Dance Radio, and was named the #1 most played track of 2020 on 1001Tracklists. The pair appeared on several of Diplo's Higher Ground tour dates, and set dancefloors ablaze at iconic venues such as Red Rocks Amphitheatre and The Brooklyn Mirage, as well as major events such as Spring Awakening, Insomniac's EDC Las Vegas and their forthcoming headline 'Kiss & Tell' tour stopping at iconic venues around the US including the Hollywood Palladium and Avant Gardner in NYC.

But for now, Ragaland's ready to shift focus back to his solo project, and more specifically this daring new chapter in his artistic evolution. "The overall subject matter is darker, while still having this kind of Party Favor energy to it," he elaborates. "I'm really excited because this is me being a little bit more vulnerable in terms of how I present my music. This is what I want to get across and give more of to my fans as these months, and hopefully, years go on."

As far as we can tell, this Party Favor is just getting started.