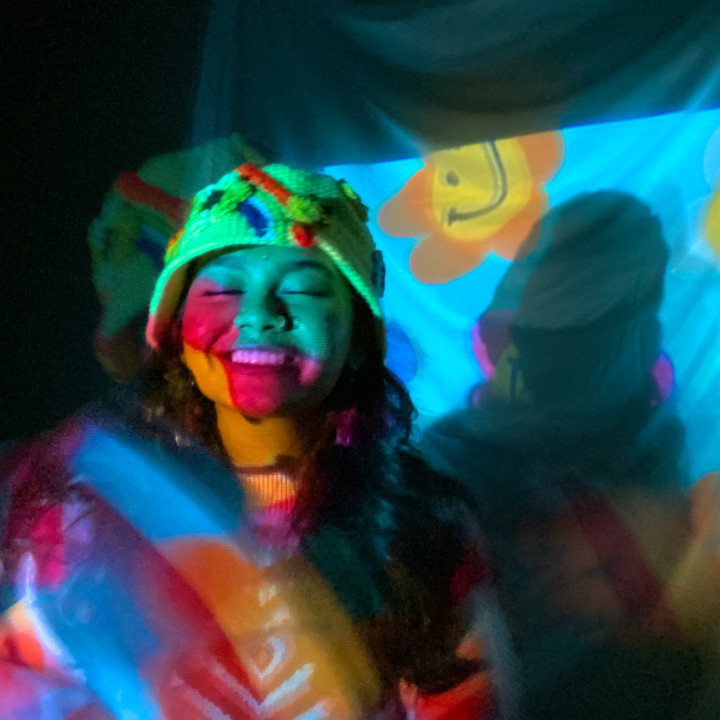 As the brightest color on the spectrum, yellow traditionally symbolizes happiness, hope, and spontaneity. The color holds a special significance for Paravi. Not only has it served as her social media profile pic for years, but the Ohio-born and Los Angeles-based Indian-American singer, songwriter, and artist also communicates these same feelings via her music, projecting luminous emotion over iridescently intimate soundscapes.

After building an audience of 2 million followers and amassing over 100 million views and 10 million streams independently, her message glows brightly on a series of covers with much more to come.

"From a very early age, I wanted to leave a positive impact on the earth," Paravi explains. "Yellow makes me smile every day. It reminds me of joy. It's a way for me to spread love without saying anything. My music is a safe place to truly be yourself without judgment. We can't avoid tough times. However, we face them in order to get to the good times. So, I want to be there when you need a shoulder to cry on and when you want to celebrate new beginnings."

Born a first-generation American to Indian immigrants, Paravi immediately gravitated towards art and performance as a kid in Columbus, OH. At three-years-old, she studied Indian theater and underwent training in classical Indian dance and singing through high school. Simultaneously, she listened to everyone from A Great Big World to Bridgit Mendler. Expanding her skills, Paravi even received a professional certification for graphic design as a teen.

Majoring in Musical Theater at UCLA, Paravi turned to social media at the onset of the Global Pandemic. Initially, she posted a short vocal cover of BØRNS' "Electric Love" from her bathroom. Gaining traction, she recorded a full version on GarageBand with a $15 microphone from Amazon and uploaded it to DSPs without any expectations. It eventually gathered 4.8 million-plus Spotify streams. Maintaining this momentum, Paravi continued to build an audience with her cover of Frank Ocean's "Godspeed."

Her take on Beach Bunny's "Cloud 9" sent shockwaves across TikTok. Charli D'Amelio utilized the sound, while it led to another 1 million creations and north of 40 million views on the platform as labels came calling.

"It was just me and my Gmail," Paravi laughs. "I didn't have anybody on my team. Everything happened while I was sitting there trying to finish up my sophomore year at UCLA, interning at HBO Max, and working a graphic design job. It was the most amazing few months of my life."

Signing to RCA Records, Paravi continued to carefully craft a style of her own, alternating between moments of vivid vulnerability and vocal vitality above organically warm production. She utilizes this sound to tell a new story for pop music.

"Diversity and representation are so important to me," Paravi states. "There aren't nearly enough Indian women in entertainment, period. If you're an Indian girl, there's virtually nobody up there who looks like you. That makes me do what I do. I love my culture and background. As much as I appreciate it, it's only a part of who I am. In school, I never wanted to be different. I know every single person of color has felt the same way at some point. In my songs, I've learned how to embrace both sides. I'm trying to carve a path for young Indian girls coming up behind me to make it easier for them to achieve their dreams." In the end, Paravi embodies yellow through everything she does.

"Whether I'm in the studio, on stage, or on social media, it's all about doing good," Paravi leaves off. "If I can give someone a positive experience and uplift them with one of my songs, there would be nothing better."