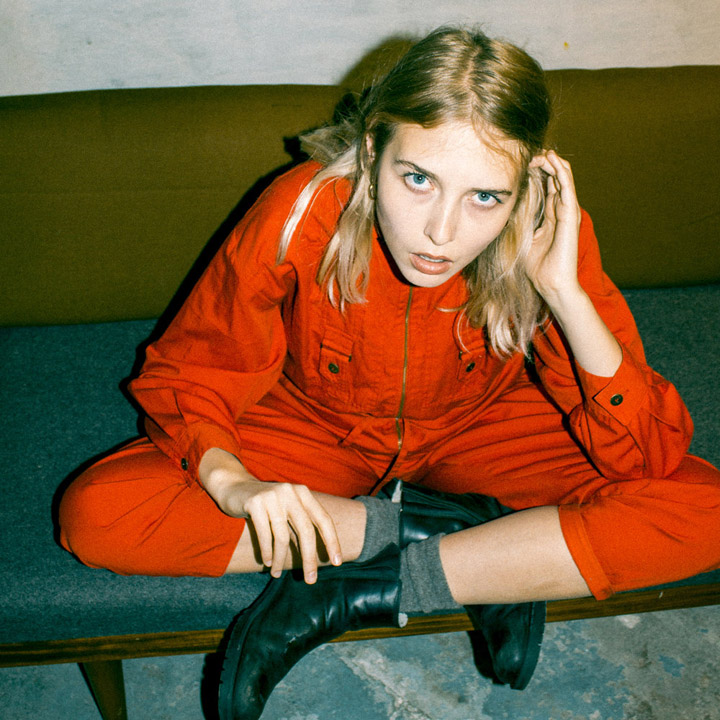 Singer/songwriter Nora grew up between Spain, Italy and Norway.

At age 18 she played in an all girl marimba trio performing in cable cars in Oslo. Shortly after she was invited to visit her biological father who is an American/Guatemalan living in Los Angeles. Suddenly she discovered a new part of her family, with her hispanic uncles involved in the LA Cholo culture and gangs, a culture in heavy contrast to what she had grown up with.

The contrast of her family influenced her songwriting. She felt a need to express what she saw, started studying journalism and stayed in LA. She worked as a dishwasher and drove Uber to get by while trying to make it as a songwriter.

In Los Angeles, Nora met Sju, a Slovakian London based hat maker. Sju was showcasing her hats in America. Over a spontaneous conversation, they decided that they would play music together. Back in London Sju bought her first drumset.

During this time Nora met Jan in LA. Jan is a German synth/ keyboard player and he was at the time touring in the US. As friends always recognise each other, they started making music together and formed the record label Uhh Ahh Records.

Four years after meeting Sju, the dream of making music together came true. As Nora left Los Angeles, Sju and Jan left London to move to a little village in the mountains of rural Spain in hope of finding the silence and peace necessary to make music. This is where the band is currently living.

Nora's lyrics can be read as playful, other times piercing trough the knowledge of self. The overall theme of the lyrics is to celebrate the dance we do when all surroundings seem chaotic and the mind no longer can structure and predict. Hence the name Ora The Molecule. A Molecule is part of something bigger and might not understand its own purpose. Ora is a personified molecule, an identity within something else. It is ok that it doesn't understand itself because it is a molecule. This is the concept.