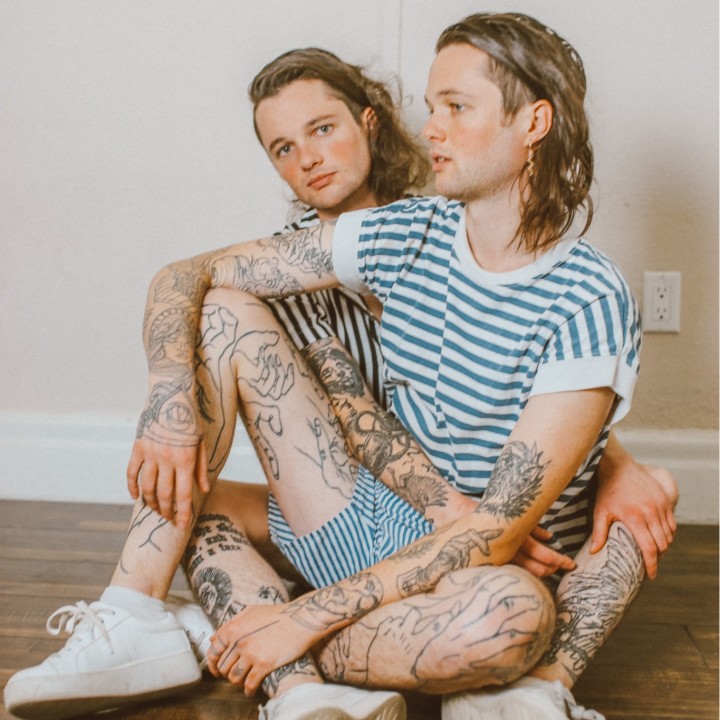 Long before independently generating over 100 million-plus streams, winning The Grammys "Rock The Mic Competition," attracting acclaim from OnesToWatch, BBC, Radio 1, KCRW and more, identical twins Benjamin and Alexander Moore endured a novel-worthy trip. It took them from their native New Mexico through homelessness and hardship in Los Angeles, where they squatted illegally in the back of an old Korean church for a year and a half. Oliver Riot recorded their first EP, Hallucinate, and second EP, Neurosis, in the back of the very church where they squatted. The result struck a chord as their tracks racked up millions of streams, landing TV syncs across networks such as CBS, E! Network, and others. Today, the brothers currently write, record, and produce all of Oliver Riot's new music from their bedroom. When producing records the duo has notoriously been recognized for performing every instrument themselves. The brothers indicate "special exceptions" are only made for the saxophone and violin which they admittedly do not play. Both brothers have been diagnosed with Pure O OCD. Oliver Riot's new music illuminates intimate experiences that come from living with Pure O. Vinyl records and merchandise can be purchased at Merch.OliverRiot.com