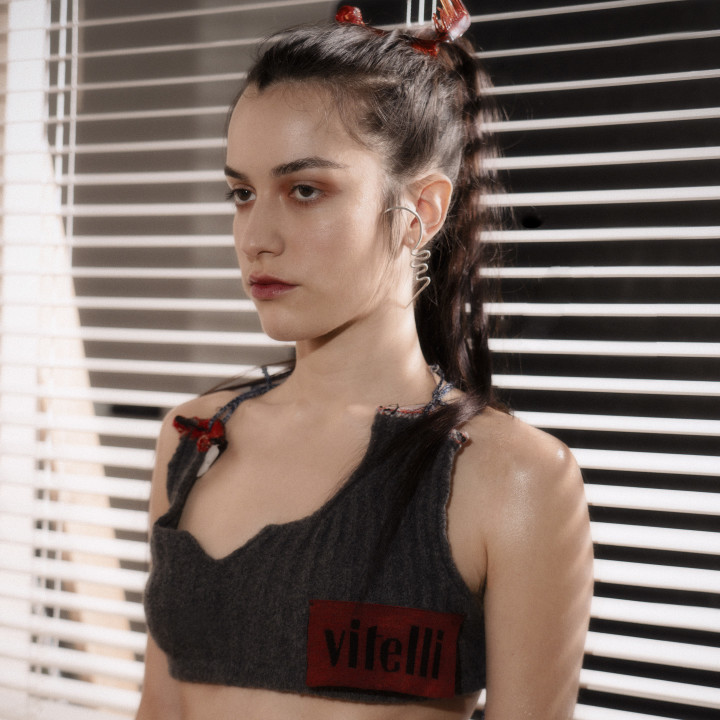 Galore is the first bold statement from Oklou, the Paris-based producer, writer and vocalist Marylou Mayniel.

The mixtape is a luminous realisation of emotional reorientation and rebirth, combining low-key pop grandeur with deft production intimacy, emotionally-charged lyricism and an offbeat experimental curiosity. "Before this, I did a lot of soul searching, and I sometimes felt like I didn't really exist, artistically," says the 27 year-old. "Galore made me feel alive, which is what I was missing up to now."

For Mayniel, the creative process of the record became a series of epiphanies in itself. "In writing it," she says, "I felt things that I had never felt in the past." A testament to the power of reflection and self-metamorphosis, Galore channels the full spectrum of growth into a bold artistic statement, revealing an intimate inner world ready to be explored.

Set to evocative electronic soundscapes, the record is introspective and honest, bringing up Mayniel's great loneliness ("Shepherd in the bedroom / a million miles from you / I've been there for another night another one another night time" in 'nightime'), her desires ("Hold my hand let's go on a wild goose chase where the bliss remains," on 'fall'), and the painful revelations which precede a new start ("I'm leaving because I love you / But I need to love myself too," from 'I didn't give up on you').

The release follows a series of short form projects and singles with Mura Masa, Sega Bodega, Chynna and Flavien Berger, and the 2018 EP The Rite of May, released through London-based experimental collective Nuxxe.