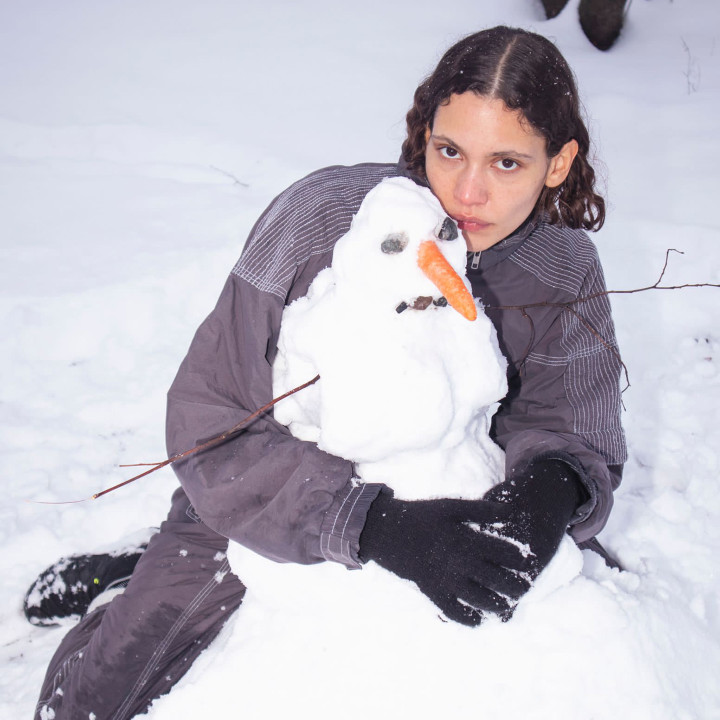 Kaya Wilkins is a Norwegian-American Berlin-based musician, composer, and artist who records and performs as Okay Kaya. Okay Kaya has released numerous acclaimed albums, most recently her celebrated release SAP (2022) on Jagjaguwar. SAP was entirely written, performed, engineered, and produced by Wilkins with guest appearances by many collaborators. Okay Kaya's prior albums include Both (2018), Watch This Liquid Pour Itself (2020) which won the Spellemann Award for best Indie/Alternative (2021), Surviving Is The New Living (2020), and The Incompatible Okay Kaya (2021).

Wilkins has collaborated with artists including Onyx Collective, Anne Imhof, Porches, King Krule, Deem Spencer, L'Rain, Austin Lee, and Adinah Dancyger amongst others. Wilkins has exhibited work at Entrance in New York (2022), Melk in Oslo (2022), K4 gallery in Oslo (2021) and had a solo exhibition titled SANDPLAY at Etage Projects in Copenhagen (2021). Wilkins premiered a series of performances at MUNCH in Oslo as part of their new live program (2021) and will continue this performance at Musee d'Orsay later this year. Okay Kaya has toured extensively around the world for over 10 years and is currently on a European Live tour.