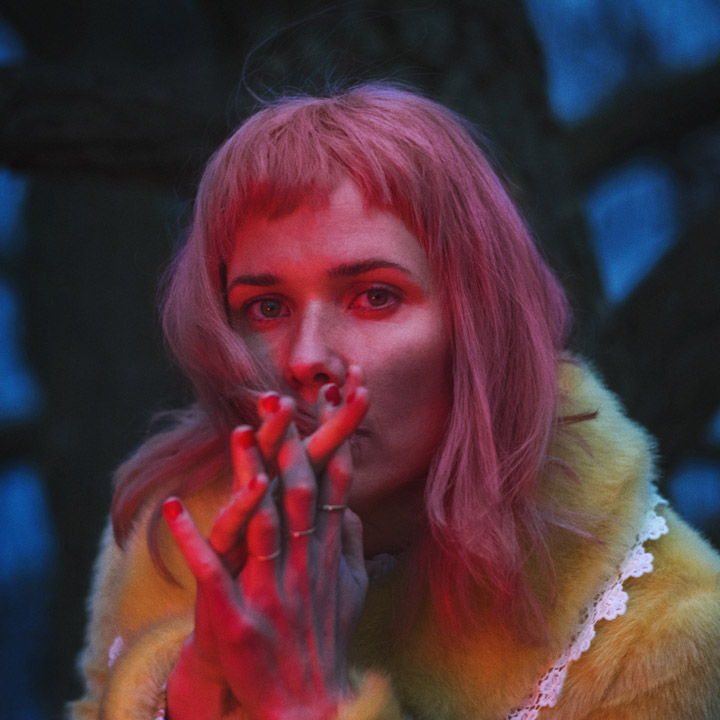 Danish singer and composer Nanna Øland Fabricius, aka Oh Land, wrote and produced her first album, Fauna, in 2008 following a back injury that destroyed her ballet career. Since then Oh Land has released four studio albums and toured the world many times, both headlining and opening for such acts as Katy Perry and Sia. As a songwriter she has worked with Pharrell, Sia, John Legend and Tricky, to name a few.

Oh Land's newest album, Family Tree, produced by Thomas Bartlett and slated for a May 2019 release, is her first studio album in 5 years, and is a much more intimate album than anything she's done before.

"Since the release of my latest album, I've experienced the biggest ups and downs of my private life," notes Nanna, who had a baby, moved back to Denmark after living in NYC for ten years, and got a divorce all in the span of 18 months. "Music has, for me, always been the friend who listens and never judges. And music listens best when you pour your heart out."

Oh Land also composes music for film, theater and the classical music world. She has performed with Lang Lang and Joshua Bell at Carnegie Hall in New York City, and orchestrated concerts for the Danish Symphony orchestra in her native country of Denmark. She collaborated with the Queen of Denmark to create a ballet for the Danish Theatre (2016); created the music for Watermusic, a multimedia performance for over 15,000 people at Randers Harbor combining architecture, dance and music (2017), as well as creating the musical score for the exhibition "The Ship" at Nikolaj Kunsthal in collaboration with Eske Kath. Most recently she reimagined the Danish National Anthem as a dark, dystopian theme song for the new Netflix sci-fi hit "The Rain".