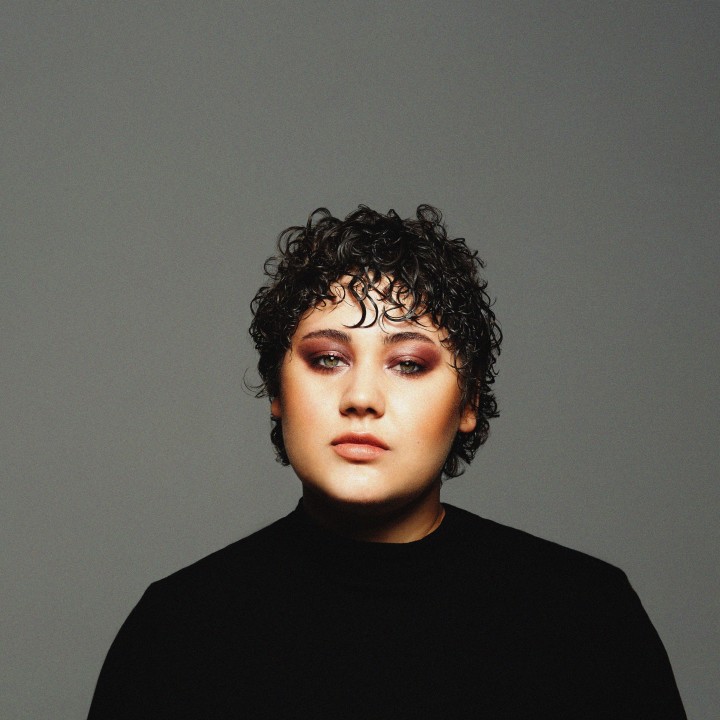 "Processing emotion is a common theme throughout a lot of my songs," explains Sydney-based singer-songwriter, Odette. "Music has been a way for me to discuss and kind of analyse emotions and things from a different perspective, rather than just feeling it."

From that statement alone, it should come as no surprise that, despite her 19 years of age, Odette's first love is language in its purest form. Her main vein heroes are the literary greats and she was writing prose and plays before she found her passion for song.

"Watch Me Read You," the title of her debut single alone hints at this, and her poetic, syncopated, spoken-word verses nail it home. "The turning pages of an epic, dissected hallucinogenic. Black coffee addict life ended, lies cold, on that metal tray," she spits out delicately and confidentially, as if lifted from the pages of a noir beat poem; her astute and worldly-wise songwriting belying her youth.

Odette was born in England and raised in the inner western suburbs of Sydney and grew up with an eclectic musical palette. Her South African mother introduced her to African music, soul, funk and rhythm; while her English father, hailing from a long line of jazz pianists, introduced her to new wave, jazz and passed on his musical talents.

Odette has played piano since she was a child and her highly emotive use of the instrument lives at the centre of her songs, a grounding motif of her heritage, if you will. "My granddad was a jazz pianist during the war," she explains. "And he passed it down to my father, who I picked it up off. It's a strange thing because I play more like my grandad, even though I grew up in a different country, away from him."

Captivating in presence, Odette's songs are deeply personal and see her flutter from spoken word into warm, soulful vocals, with arrangements circling soul, jazz and pop. It's no wonder she's caught the eye of producers and songwriters like Charlie Hugall (Florence and the Machine, Ed Sheeran, Kaiser Chiefs), Jason Cox (Blur, Gorilliaz, Jamie T), Alex Hope (Troye Sivan, Broods) and Paul Mac (The Dissociatives, Silverchair), all of whom clamoured to work with her over the past year and a half. Not to mention, LA-based, Grammy nominated producer Damian Taylor (Bjork, The Prodigy, The Killers, UNKLE) who worked on her debut release.

An avid storyteller, Odette counts Joanna Newsom, Laura Mvula as influences, alongside poets John Keats and Walt Whitman. "When I was little, I carried a Keats book around, I loved it," she muses. "As I got older, I was introduced to Walt Whitman and I immediately clicked. It was intense -- like having someone write in the way that I see things. So, that has been an influence for me, that sort of sensory overload in words."

​If anything, "Watch me Read You" is a fine example of "sensory overload," from the pared-back arrangements juxtaposed with compelling and assertive vocals, down to a multifaceted and passionate lyric. Completely in love with story-telling, ask this enigmatic, young artist what exactly she's expressing, and like a true poet, she'll humbly shrug off the complex tapestry of the song and say, "I just want to communicate how intensely I see things, I suppose."