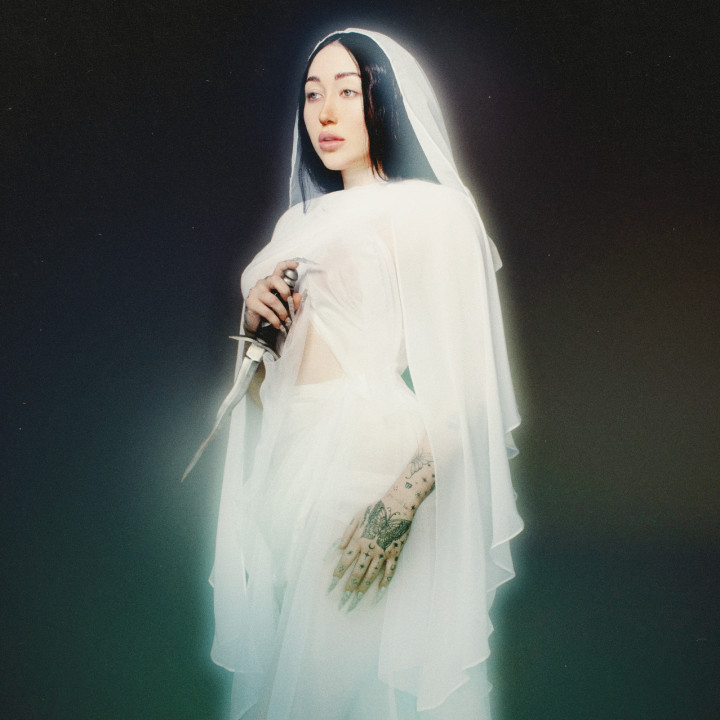 In the middle of a whirlwind of loss, heartbreak, and chaos, Noah Cyrus grabbed the reins, took control of her life, and told her story like never before. The GRAMMY® Award-nominated multiplatinum Nashville-born and Los Angeles-based singer and songwriter uncovered the kind of strength you only find within. She lived every song, and the embers of her experiences burn bright over a soundtrack steeped in pop spirit, folk eloquence, and country soul. Noah has stepped into herself on her 2022 full-length debut album, The Hardest Part [RECORDS / Columbia Records].

Emerging in 2016 at the age of 16, she immediately captivated audiences with platinum singles "Make Me (Cry)" [feat. Labrinth] and "Again" [feat. XXXTENTACION]. 2020's The End of Everything EP yielded the triple-platinum "July" and gold "Lonely." In between earning a GRAMMY® Award nod in the category of "Best New Artist," she teamed up with PJ Harding for the People Don't Change EP in 2021. NME rated the project "4-out-of-5 stars" and predicted, "it's not hard to imagine her becoming a household name in her own right." Along the way, she performed at Coachella twice, while Billboard named her among its "21 Under 21" for three straight years. She also shined on The Late Late Show with James Corden, The Tonight Show Starring Jimmy Fallon, Ellen, and The Today Show.

Now, she introduces the next chapter with the single "I Burned LA Down."

The song opens with sparse acoustic instrumentation and jarringly graphic lyrics as she confesses, "I stood and bled in the hall, watched it all, and the mess that it left on the floor." Her harmony slips into an explosive chorus, "Yeah, I burned LA down and you left me there." Over the course of three minutes the song builds to a galloping, widescreen crescendo. It is light years beyond anything she's done before and firmly places Noah Cyrus in the upper echelon of contemporary singer-songwriters.

"I'd written it with PJ [Harding] a few months after my breakup," she recalls. "Living in California, you're constantly living with this dread of wildfire season. We wrote that song during the massive Caldor fires. At the time, I was reeling from my breakup, and Caldor was dominating the news. All this internal, emotional pain I was feeling was intertwined with the anxiety around this out-of control fire and climate change in general. The song took shape around the idea that the only way my ex could comprehend the scale of my emotions was if I became this agent of chaos and set the entire city on fire...I guess I kind of have a flair for the dramatic," she laughs. "But that idea of your internal struggle manifesting itself in the real world and affecting your surroundings is a big theme of the record, and that song feels so much bigger than anything I've written before. It's the perfect introduction to the album."