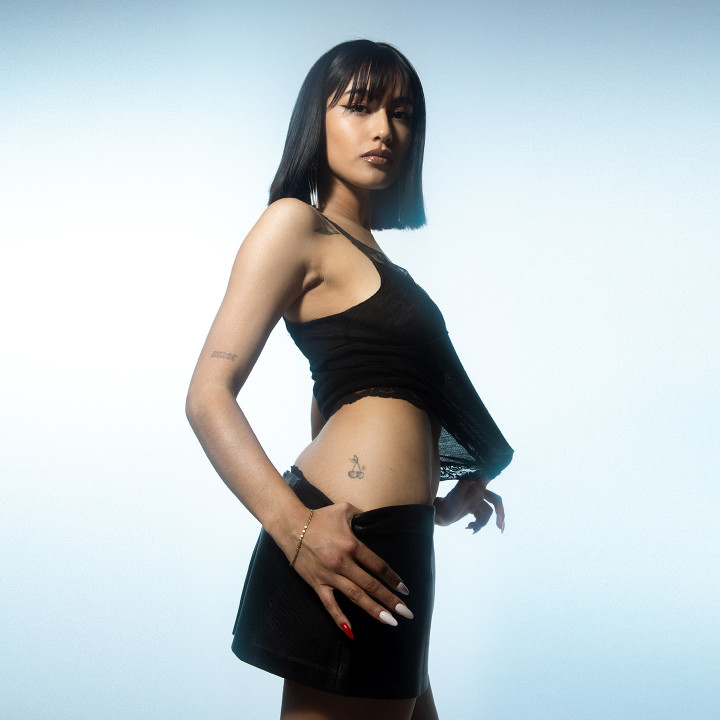 When creating her debut project, 21-year-old singer/songwriter Niko Rubio found a never-ending muse in the Pacific Coast Highway: the iconic stretch of road that runs along the ocean for nearly the entire length of California, including the Southern California South Bay area where she grew up. Expansive and euphoric, Niko's radiant form of songwriting perfectly echoes the pure sense of possibility that accompanies driving down the PCH, all while channeling the intense emotion typical of any Pisces. The result is an immediately absorbing collection of songs, introducing the 20-year-old artist as an undeniable new voice with a highly original vision.

"My whole goal with this project was to create something true to my experience; being from California and taking this path that not many women of color I knew had taken before, probably because the space was never open to them. I look up to someone like Linda Ronstadt, who is this strong female songwriter and storyteller, and is a pioneer for Hispanic women," says Niko, whose heritage is Mexican and Salvadoran. "At the same time I was just writing from my heart about everything I've gone through in the past year -- falling in love and out of love and then back into love -- and creating this very real story of love and lust and heartbreak."

Made in collaboration with producers/songwriters like Andy Seltzer (Maggie Rogers, IAN SWEET) and Nick Long (K.Flay, BØRNS), Niko's debut EP centers on a free-flowing sound she partly attributes to the easygoing nature of her creative process. "Everything we did was built from guitar and drums and good love and good heartbreak," she says. "I let go of any pressure I might've felt, and let the writing and production happen naturally." On the EP's lead single "You Could Be the One," Niko brings that untamed energy to a brightly shimmering track capturing the wild rush of new love ("Breathing never had me too excited/Now I get to just enjoy my youth"). "I wrote that song about my boyfriend, who I met in Joshua Tree in the middle of quarantine," she says. "I came back from that trip feeling so inspired to write a song that's hopeful about love, and it ended up being so freeing for me."

With its effervescent melodies and unpredictable textures, "You Could Be the One" reveals Niko's affinity for early-'00s indie-rock, a genre she first discovered thanks to an aunt fairly close to her in age. "My aunt was in high school when I was in elementary school, and I thought anything she did was so cool," Niko recalls. "I remember tagging along to go get frozen yogurt with her friends -- this little kid sitting in the back while they listened to Vampire Weekend and Two Door Cinema Club and Lana Del Rey. Pretty soon I started listening to that music on my own, and became completely obsessed with it."

Although she also names Erykah Badu, Tyler, the Creator, and twenty one pilots among her main influences -- and even has the number 21 tattooed on her hand -- Niko was mostly raised on the mariachi and banda music that her grandparents played at home in Palos Verdes. At the age of 12, she began performing on a series of Spanish-language TV shows, spotlighting the magnetic vocal presence that continues to infuse her music. Within two years she'd started playing guitar and writing her own material, and at age 15 had a major breakthrough with a song called "Rolling Stone." "I wrote 'Rolling Stone' sitting on my bed at my grandma's house, and it was the first time I ever came up with something that felt fully like me," she says. "It was a really happy moment where I knew that I could actually do something with my music." Over the coming years, Niko worked with a number of producers as she shaped her musical identity, and in fall 2019 put out an alt-R&B-leaning song called "I Dreamt About You Again Last Night." That track soon caught the attention of songwriter J Kash and, in turn, paved the way for her signing to Atlantic Records.

Mostly recorded remotely over the course of quarantine, Niko's debut project never fails to illuminate the effortless complexity within her artistry. On "Amor," for instance, she delivers a tenderhearted love song in Spanish, merging her ethereal vocals with intricate percussion and gently cascading guitar tones. One of the EP's most vulnerable tracks, "Can't Pretend I'm Just a Friend" conveys the heavy-hearted longing that comes with not knowing where you stand in a relationship, while "Bed" unfolds in sultry grooves and snarling guitar riffs as Niko slips into a state of feverish infatuation ("I like it when you say my name/Tastes like candy on my brain/I'm so dumb for you, love"). And on "Saving Me," the EP achieves a moment of blissful transcendence. "I wrote 'Saving Me' about being in love and wanting to express to your partner how much they mean to you, but it can also be a song to yourself," Niko points out. "At the end of the day, the only person who can save you is you."

With its cinematically detailed reference to a fantasy road trip up the PCH, "Saving Me" marks the EP's boldest reflection of Niko's Californian sensibilities and endless love for her homeland. "When you're driving from Palos Verdes, it's the most gorgeous view you've ever seen -- it looks like mermaids are jumping from the ocean every time the sun glistens on the water," she says. "I got to see that almost every day of my life on the drive to school, and it was always so beautiful. I hope my EP feels like that drive, and gives people some kind of an escape. I want it to take them on a whole journey that brings them a feeling of nostalgia and happiness and hope that stays with them a long time."