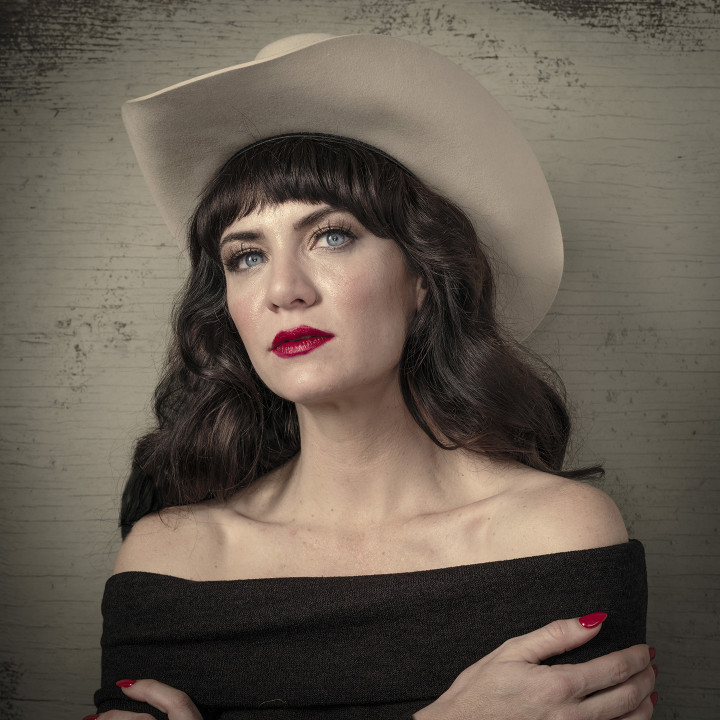 Raised as a Baptist in Greenville, South Carolina, Lane discovered music as an outlet for creative expression at an early age, dropping out of school at 17 to move to Los Angeles, then New York, and then Nashville to launch her songwriting career. She has released three albums -- her 2011 debut Walk of Shame, 2014's All or Nothin' and Highway Queen from 2017. Aside from steadily releasing new music of her own and touring the world, she was featured on "Breaking Up Slowly" on Lana Del Rey's 2021 album Chemtrails Over the Country Club and contributed to Spiritualized's Everything Was Beautiful.

Denim & Diamonds was born out of a moment of careful consideration in Lane's career -- when several years of touring behind her last album came to an end and the early days of the pandemic forced everyone inside, Lane knew it was time to find inspiration somewhere new. Lane enlisted Queens of the Stone Age frontman Joshua Homme to help her bring Denim & Diamonds to life, with whom she assembled a studio band of big-budget talent consisting of his Queens of the Stone Age collaborators Alain Johannes on guitar, Dean Fertita on organ and Michael Shuman on bass, as well as drummers Matt Helders of Arctic Monkeys and Carla Azar of Autolux. With Homme's help, Lane transformed the seeds of ideas she had for years into an album that nods to her wide-ranging influences, from the psychedelia of The 13th Floor Elevators to traditional country stalwarts like Loretta Lynn. Denim & Diamonds was a chance for Lane to take stock of her first decade as a songwriter as she traces her origin story from her religious youth in South Carolina to Nashville Rebel.

"Lane is sharpest when she leans all the way into irreverence. She sings with the authority and weariness of someone who's been through the wringer, the cool insistence of her voice giving her an air of earned wisdom." - Pitchfork

"The result has the rock-country grit of Tanya Tucker and some harder-edged guitars while still keeping Lane's signature sound fully intact." - SPIN

"It shows Nikki Lane at her best, stepping towards a darker direction while keeping one foot planted in the country and roots music of her past." - American Songwriter

"Her brash kiss-offs, lovelorn pleas, and plenty of that good old-fashioned American grit come out to play with producer Homme's thrashing rock and roll sensibility -- a deliciously satisfying combo." - No Depression

"Nikki Lane spent the last five years since the release of her breakthrough album, Highway Queen, searching for the right combination of confidants to help her realize the vision of the paradigm-spinning outlaw country songs on Denim & Diamonds. And it's paid off." - San Francisco Chronicle