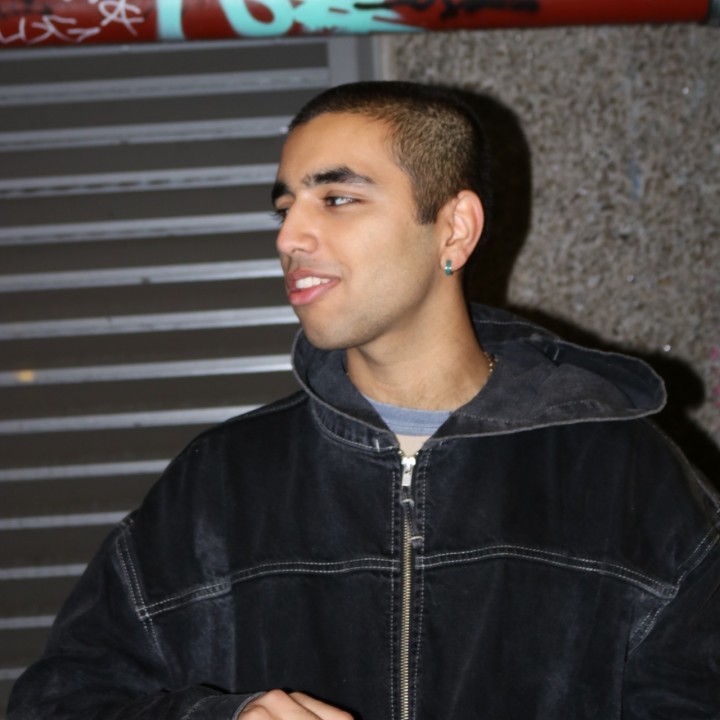 Nick Mono is an 18-year old singer-songwriter, producer, and rapper from West London. Born to Punjabi-Indian parents, the artist grew up on a hyper-diverse musical palette, from classic bollywood film scores to heavy-metal & Watch The Throne listening sessions with his mother. Nick recalls his journey as a songwriter starting at just five years old, when his parents gifted him a baby guitar for his birthday and he began writing his first few songs. Most of Nick's childhood was spent performing in a variety of mediums, from writing & starring in short films with his friends for class projects to performing covers of classic Rock & Alternative records at his school talent show. However, the artist references hip-hop acts like Childish Gambino/Donald Glover, BROCKHAMPTON & Kevin Abstract, and Tyler The Creator along with prolific & original crooners like King Krule & Rex Orange County. The artist's debut single, "Effy Stonem" is a reflection of the diversity of influences that shaped Nick's childhood and serves as a playful nod to the revered coming-of-age British television series Skins that features a desirable, young, badass woman named Effy Stonem who all the men want to be with & all the woman want to be like. The song is produced, written, mixed, and mastered entirely by the 18-year old in his bedroom -- and reflects his strength as both a genre-bending writer and producer. The record caught traction in December with a major playlist look on Spotify's LOREM, debuting at #2 and tripling his listeners and streams while putting him on the radar of major label A&Rs in both the US and UK. Nick is currently working on completing his debut project, a mostly self-produced and written EP crafted during the early part of quarantine in 2020, and has plans to release a music video for his debut 'Effy Stonem' in the coming weeks.