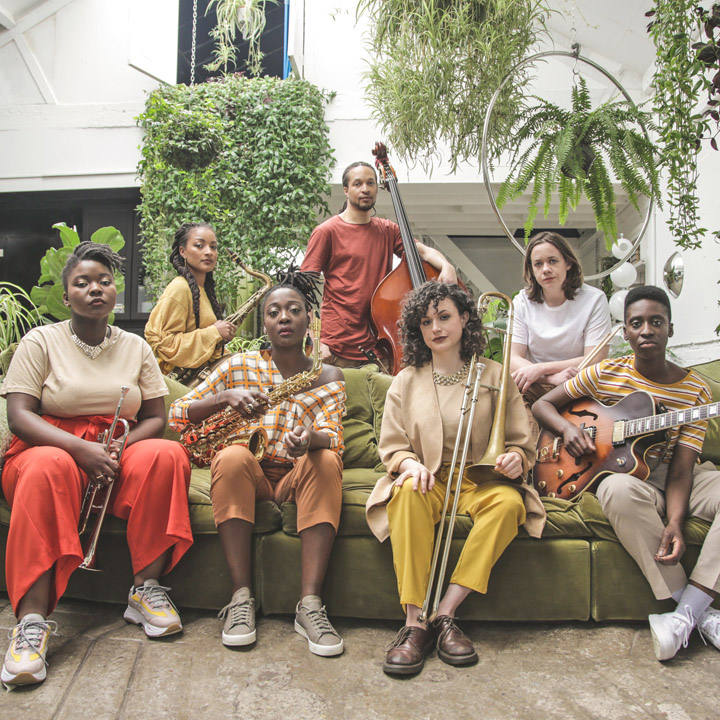 "As it turned out, Latitude had one last surprise in store and I found myself at the iArena in the woods watching all female jazz septet Nerija. This really was the perfect musical palate cleanser, at times bringing to mind On The Corner era Miles Davis jazz fusion. Nerija were the unexpected treat." Stuart Preston of Outline Online

"Nérija followed with an excellent set of tuneful originals by various members of this septet. Arguably the 'purest' jazz group of all the acts, Nérija brought together elements of South African, West African, Caribbean and contemporary British jazz sounds, reflecting the complex cultural exchanges that make London's jazz scene so rich. It was great to see -- and hear -- these young up-and-coming musicians performing with such soul and a sense of adventure that many bands spend years searching for. There were outstanding solos from guitarist Shirley Tetteh, alto saxophonist Cassie Kinoshi and trumpeter Sheila Maurice-Grey." Marlowe Heywood-Thornes, Jazzwise Magazine on Jazz ReFest

After the release of an EP in 2016, their eclectic repertoire has appealed to not only the UK jazz scene but also given them a presence within rap and pop-focused festivals. Together they have toured across Europe and the UK in addition to performing alongside top UK jazz musicians such as Nathaniel Facey of Empirical, pianist Zoe Rahman, and supporting Jazz Jamaica at the renowned Ronnie Scott's Jazz Club. Nérija's most recent acclaimed performances include ),Manchester Jazz Festival 2017, EFG London Jazz Festival 2016 (Cadogan Hall, support for Terri Lynne -- Carrington Trio), A Love Supreme Festival 2015 and a support slot for Ernest Ranglin at the Barbican Centre.

Nerija are currently writing their second recording set for release in 2018.