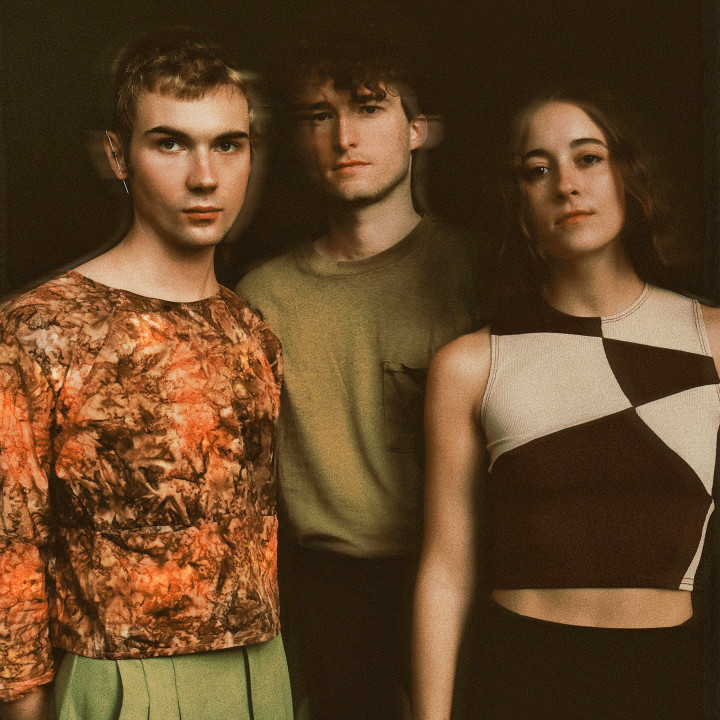 Brooklyn-based synth auteurs Nation of Language first arrived to most in 2020 as one of the most heralded new acts of recent memory, having only released a handful of singles but already earning high-praise from the likes of NME, FADER, Stereogum, Pitchfork, etc.. Inspired by the early new-wave and punk movements, the band quickly earned a reputation for delivering frenzied nights of unconventional bliss to rapt audiences, and established themselves as bright young stars emerging from a crowded NYC landscape prior to their release of one of the most critically acclaimed debut albums of the year -- Introduction, Presence. The band's ability to blend the upbeat with a healthy dose of sardonic melancholy made it a staple on year-end 'Best of' lists, led PASTE magazine to dub the album 'The most exciting synth-pop debut in years' , and landed the band major radio play from the BBC, KCRW, KEXP, SiriusXM and countless others.

Their 2021 follow up, A Way Forward then saw the band pushing even further into analog electronic landscapes while channeling a ferocious energy on singles like 'Across that Fine Line' & 'This Fractured Mind.' With NME now dubbing their sophomore album 'A true modern-day classic' and Rough Trade tabbing it as one of its Top Albums of the year, the band has gone on to headline a string of packed shows both domestically and Internationally in '22 and well into 2023.