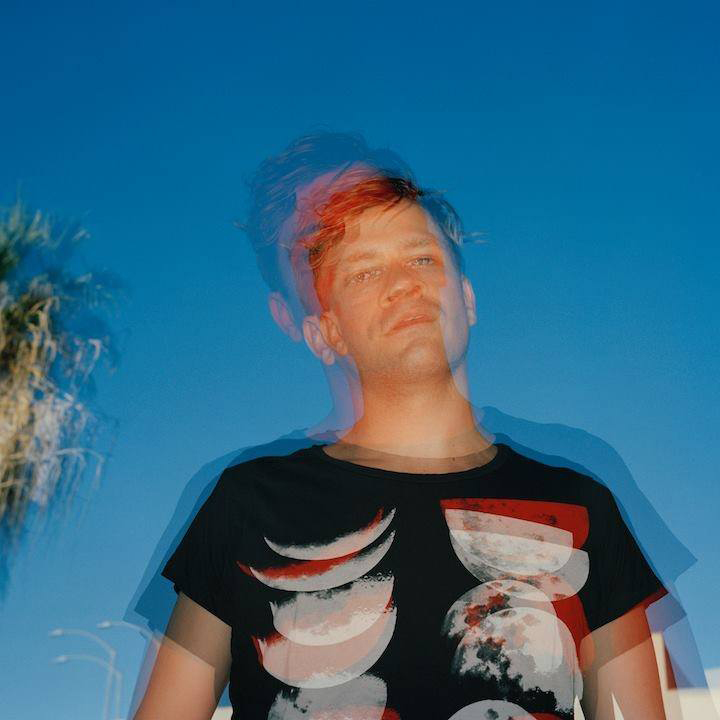 Moon Boots and Pete Dougherty are technically the same person, but in many ways, the two couldn't be more different. The former is a celebrated DJ, a globe-trotting extrovert whose genre-hopping (but always funky) sets reliably fill dancefloors around the world. The latter is a relatively shy dude with a studio tan who has been geeking out on synths since he was a teenager.

Pete was born in Brooklyn, and some of his earliest musical memories include block parties where Paradise Garage classics like MSFB's "Love Is the Message" blared through the neighborhood. His adolescent years were spent in the suburbs, where he studied classical and jazz and played synth and keys in a variety of bands.

After catching disco fever in an unlikely place -- while studying at Princeton University -- he moved to Chicago, the birthplace of house music. The city transformed Pete. Not only did it give him the chance to see legends like Frankie Knuckles, Paul Johnson and Derrick Carter on their home turf, it also gave him the opportunity to start DJing himself.

He spent a few years playing synths in the band Hey Champ until he decided to produce some tunes on his own and Moon Boots was born. The alias began taking shape with a series of releases for French Express. The label, headed up by Perseus, a fellow R&B and French house aficionado, provided Dougherty with a platform, and he quickly leveled up his craft, eventually signing with Anjunadeep and moving back to Brooklyn.

The first Moon Boots album, First Landing, arrived in 2017, and was followed two years later by Bimini Road. Emphasizing melody while blending elements of house, disco, soul and R&B, both records were widely embraced -- with over 100 million streams -- and as they picked up steam, so did Moon Boots' DJ schedule. Over the years, the versatile selector has found himself playing everywhere from dimly lit clubs and warehouse parties to massive festivals. Regardless of where the DJ booth is located, his objective remains the same: to keep people dancing, preferably with a giant smile on their face.

A third album is currently in the works (and will surface on Anjunadeep next year), as is a revamped Moon Boots live show, one in which Dougherty will showcase his musical chops while touring and performing with a full band. In a way, those shows (which are slated to begin in 2023) might be what finally puts the Dougherty / Moon Boots split to bed, allowing the timid musical whiz kid to step into the spotlight and assume his rightful place as the life of the party.