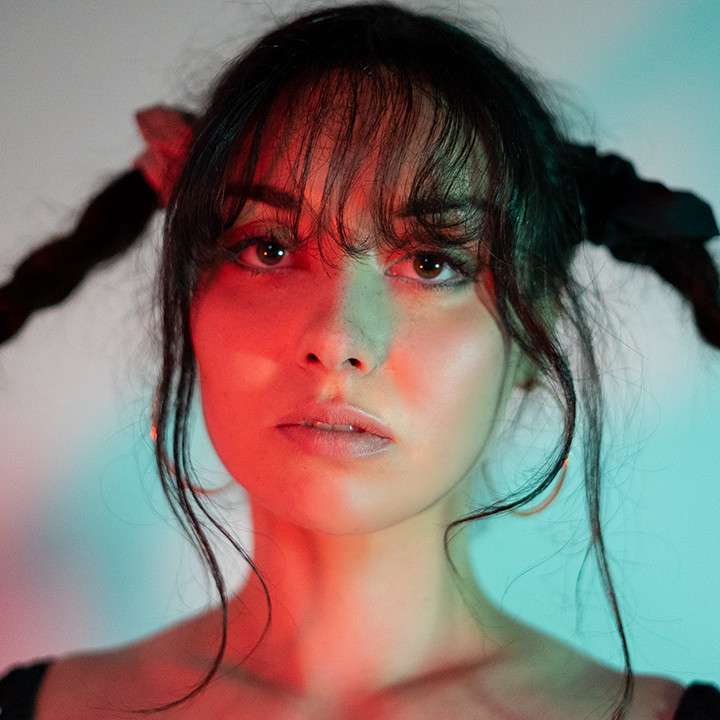 Producer, songwriter, DJ, and vocalist Mona Yim is blending her technical prowess and emotional vocal hooks with her roots as a performance artist to create music that propels dance floors into cerebral bliss.

On stage, the Chinese-German musical polymath commands attention. She recently joined DJ Seinfeld at iconic London venue, Koko, delivering an electrifying debut set that brought the crowd to boiling point, flexing the dexterity of her skills and the magnetic confidence of a seasoned selector.

Simona Miranda Melzer isn't new to this. She had an intrinsic link to rhythm and music over a decade before she introduced her electronic persona, Mona Yim, to the world.

Raised on a diet of jazz, pop and electronic music from her father (a producer by hobby and collector of modular and analogue synths), she began studying ballet, modern dance, and classic violin at an early age, eventually playing with an orchestra and touring internationally as a dancer.

She is quick to credit her stint as a dancer and lengthy practice sessions as a violinist with helping her to develop a strong mind, persistence, discipline and performance prowess. But it would be her fiercely expressive and artistic streak, alongside her father's kit, which would eventually push her to switch lanes and cut out her own sonic and visual aesthetic.

"At some point in my violin career, I realised that I no longer wanted to practice for 8 hours a day to play pieces that someone else had written. Around age 16, I got into music production. I started writing songs, making little beats on my laptop, and using synths. It hit me instantly that this is what I was meant to do and how much more I enjoyed spending time making my own music. I didn't know anything about the music industry yet, but everything felt right." Mona reflects.

In 2019, her fusion of experimental pop music and abilities to make clubready bangers saw her land a spot back in London at The Roundhouse as part of their 'Rising Sounds' artist mentorship program. She worked with producers and musicians from other genres, took part in songwriting camps, interned as music label XL Recordings and immersed herself in the club scene.

"Up until that point, I didn't really know anything about club culture. I started going out a lot before corona hit and found my love for dance music, clubbing and electronic music. I was out in Berlin at Berghain, Printworks in London, and clubs in Europe and America. I got this real sense of community and experienced the music with all of my senses and how DJs played it. There was the performance aspect from my musical and artistic journey that I was looking for. And an immersive element that I had wanted to experiment with. That's when everything started falling into place."

Fast forward to 2022 and Mona Yim has been behind the music for video games, car commercials, producing for numerous pop artists, has written music for an Annie Award (Oscars for animation) nominated film, and recently remixed DJ Seinfeld for Ninja Tune, Glass Animals on Universal and Model Man.

She is telling a story with her music layered within analogue drum machines, chopped vocal melodies, emotive synth, and bass-laden beats. The title track to her debut release 'Gotta Do This, Gurl' caught the attention of Radio Slave, and was released on Rekids in June 2022. "I recorded the vocal with a friend of mine. We were both going through a tough time where we didn't feel very seen, specifically for me, as a female producer. We were both so messed up with all of this, and so we wrote this song laying all our emotions bare, but it ended up being a very clubby, energetic song, and almost like an empowering mantra."

Mona turned to her greatest artistic influence for her second release. "The artwork for my EP and the follow-up track is called 'Dots Obsession' inspired by Yayoi Kusama and her artwork by the same name. The track came together after I went to a Kusama exhibition in Los Angeles. I was crying when I came out; her work was so beautiful and poetic and therapeutic."

Another key element vital to Mona's music and visuals is her heritage. She's empowered by stories she was told growing up, like one of her great grandmothers fighting for her freedom to study and go to university in Chinese culture when girls weren't allowed. "I always try to put what I feel connected most to around me into my music and my visuals. Growing up between European as well as Singaporean-Chinese culture it's so important to me to explore both sides musically and aesthetically. When I was younger being a mixed child made me always feel a bit like an outsider and not really belonging to any of these cultures. Today I'm so grateful I get to experience both sides and I think it's amazing being able to incorporate them into my art and share stories through my music."

Fast forward to 2022 and Mona Yim has been behind the music for numerous pop artists, media projects and big things soon to be released. Her home set-up consists of a laptop, plug-ins, an Ableton push, some midi controllers and a Moog synthesizer. She loves working with bass and guitar players and incorporating real instruments in her tracks. But as for the violin, she confesses that she currently doesn't see the connection with her own sound.

"When I started producing, it was like ,' This is my thing now.' I never wanted to touch the violin again. Recently that's changed, and I've played the violin on track for other artists or productions. I have an electric violin, and I performed with a newcomer electronic act live this year which I produced music for also, so I can maybe see myself doing that more."

Violin may exist in the outer sphere of Mona Yim's artistic persona. Still, the multi-hyphenated talent is quick to wax poetic that when it circles back to film and dance, she has grand plans of fusing all her creative mediums into her live performance.

"The main thing for me now is that I want to tell stories and reveal my emotions in my music and shows. I hope that when people hear it, it brings them together and that they can connect, see themselves in it in a way, feel the energy I put into it and the complexities in what I do and be open to how much further I want to take them."