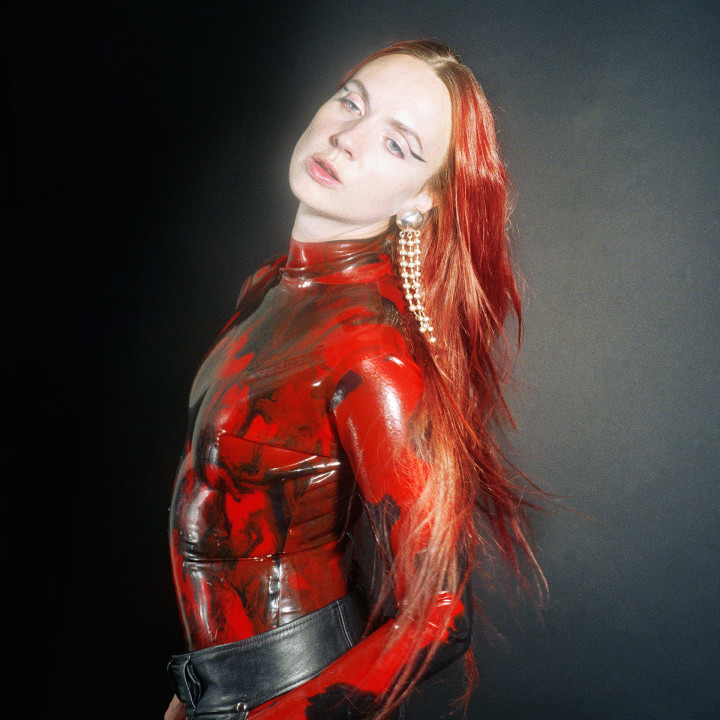 There's no rulebook for pop, that's the beauty of it. At it's heart is a universality and freedom that makes it all so joyous. Someone who understands that better than anyone is Danish pop polymath Karen Marie Ørsted, aka MØ, aka the world's best pop star. Having established herself with the raw, DIY-tinged agit-pop of 2014's hugely influential debut album No Mythologies To Follow, she's since expanded her sound and artistic vision via collaboration with a broad spectrum of some of music's most interesting characters – from Diplo to Charli XCX to Cashmere Cat to SOPHIE. In 2015 she co-wrote and sang on one of the most streamed songs of all time in the shape of Major Lazer's global smash, Lean On (she'd later repeat the trick with their 2016 Justin Bieber collaboration, Cold Water, a UK number 1), while these features have been peppered with hits of her own, most notably last year's MNEK-produced Final Song, which broke the UK Top 15 and was a huge hit across Europe and Australia, and garnered MØ's first Gold record in the US as a solo artist. As work continues on her second album, due in 2018, she's unveiled a surprise six-track EP, When I Was Young, which aims to complete the circle that started with No Mythologies To Follow and hints at where she's headed next. “Putting out this EP is just something I've wanted to do for a long time, and I just felt it was right to put these songs out before I put out the album,” she says. “I'm a super nostalgic person and so these songs, and the meanings behind them, all fit into this personal journey I've been on.”

To be fair it's been quite the journey. Growing up in the sleepy village of Ejlstrup to a psychologist father and teacher mother, Ørsted always knew she wanted to sidestep academia and be creative. Her musical idols were typically polarised, with the Spice Girls dominating her pre-teen years before Sonic Youth's Kim Gordon took over as number one when she was a teenager. Early musical projects leant towards aggressive punk statements, with titles like A Piece of Music To Fuck To and Pussy in Your Face, before she started collaborating with Danish producer Ronni Vindahl in 2012 under the moniker MØ (Danish for virgin, by the way). From there the seeds of No Mythologies To Follow were sewn via the critically-adored early singles Glass, Pilgrim and Waste Of Time. After the album was released in March 2014, preceded by the Diplo-produced XXX 88, MØ launched into tour mode, traversing the globe and meeting a host of new friends and collaborators.

That year saw her collaborate with Swedish rapper Elliphant on the Joel Little-produced One More and then, in 2015, everything went interstellar. Having been asked by Diplo to write some lyrics over a beat he'd made for his Major Lazer project, MØ came up with Lean On, singing the song initially meant for Rihanna with such conviction she knew it could only be released with her voice on it. And it was. Over 1 billion (!) streams later and it's now one of the biggest, most recognised songs of the last decade. Its success was swift and sudden, but the aftermath has been a little more prolonged. “It was a fantastic thing, but this is the first year where I can focus more on my own project,” she says. Lean On's success brought with it more opportunities, including another collaboration with Major Lazer on Cold Water, 9 (After Coachella) with producer Cashmere Cat, Don't Leave with UK producers Snakehips and an appearance on fellow pop rebel Charli XCX's Number 1 Angel mixtape. “It's great that there aren't as many rules as to what you're supposed to do now,” she says of her varied few years.

Which brings us to When I Was Young. Having released individual, almost standalone tracks for the last few years, this EP represents a proper body of work, covering songs written between 2014 and 2017 that pinpoint different moments in MØ's career so far. “Making the EP has been such a nice flashback experience because I forgot about the little things; how you put the songs together, the lyrics, the song titles and the artwork,” she explains. “Just being in the bubble of that energy is so fucking awesome. It's so amazing to be able to create a universe.” It's a universe that opens with the gently pulsating Roots, a sonic throwback to No Mythologies to Follow that was actually written a month before that album came out and was musically inspired by an unfinished song she'd made as part of a trip-hop band in 2011. “I remember when I wrote that song in February 2014 I said to myself 'this is going to be the first song from my new album', and I know this isn't my second album but in a way it felt so right,” she explains. Like the EP as whole it was executive produced by fellow Dane Vasco, who offered a unifying sound to the six tracks. Roots' slow-burn build is in contrast to the title track's cabaret-esque feel, the delicious horn breakdown drawing out the song's playful nostalgia (“and the holidays went on and on”). “We tried a lot of different things for that instrumental break, but that was what the song called for,” she laughs of its unexpected exuberance.

More sombre is Turn My Heart To Stone, which again utilises brass but to create a sadder sonic soundscape. It also showcases MØ's upper register on the melancholic chorus which flutters elegantly over popping beats. The EP's connection to MØ's more recent output – created with the likes of Benny Blanco, Ryan Tedder and Noonie Bao – is the vibrant dance-pop of Linking With You, which reflects the EP's experimental practices in more ways than one. “That one was done with a UK producer called FTSE,” she says. “It was started by a group of songwriters I know who then forwarded it to me and I re-worked the lyrics so they properly fit into my world. I've never really done a song like that before.” Either way, whoever came up with the line “I can't come out to play, I'll be on my phone all day, scrolling all my time away” deserves a medal. Another older one is the clanking electronica of BB, which was written in late 2014. “I had just started seeing someone and I was so in love with him and scared he was going to leave me, so I did this song as a tribute to if he left me. But I'm still with him so it's fine,” she laughs. Closing the EP is the beautiful Runaway which sounds like one of the Yeah Yeah Yeah's quieter moments and was inspired by a short film her childhood best friend was making (incidentally it's the same friend who also inspired recent single Night With You, a collaboration with Benny Blanco, Cashmere Cat and SOPHIE). “It's really personal to me because it reminds me of my best friend and our childhood,” she says of Runaway. “It made sense for it to close the EP, with me daydreaming about my childhood and trying to figure things out.”

In a way that's what When I Was Young represents. It's an EP that needed to be made in order to move on from that first album and the “Lean On bubble” as she calls it, but it's also a fully realised body of work in and of itself. “These years have been a learning process about what's important, and that's what this EP reflects,” she says. “These songs were chosen instinctively, and by a gut feeling really, but they're all about both looking back and forward.” The future is very exciting indeed.