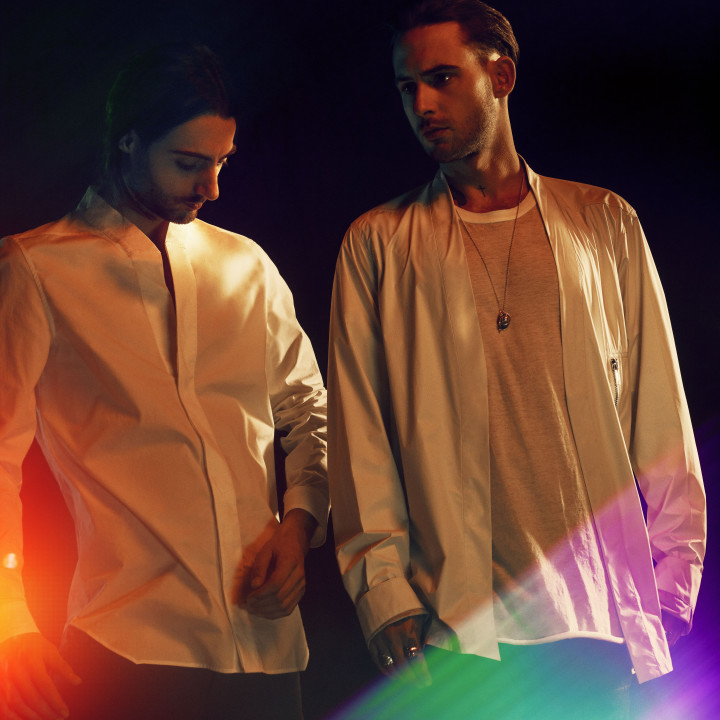 Expressing a musical venture which draws from the combined roots of IDM, house and techno, Mind Against are the Italian-born, Berlin-based duo of Alessandro and Federico Fognini.

Their gift for creating emotion through the synths and percussive instruments in their studio translates uniquely onto the dancefloor, where their slick, moving take on techno makes for a special kind of peak in the club. They draw from the psychedelic hooks of 1980s soundtracks and from modern dance musicʼs emphasis on sound design to create a distinctive and immensely powerful sound.

In 2013, Mind Against released their first EP "Atlant" on breakthrough label Life And Death, pioneering a new sub-genre with a singular style that still inspires young producers today. Then came essential collaborations with Tale Of Us and Somne for the same label and compilation appearances on Cocoon and Reconditeʼs label Plangent. Through a string of remixes, Mind Against leant their touch to the work of, amongst others, Art Department, Róisín Murphy and Green Velvet. More recently also for SHDW & Obscure Shape, SCB, Camelphat and Dominik Eulberg's album on !K7.

All the while, they have become consummate and globally in-demand DJs, dazzling at many of electronic musicʼs leading clubs and festivals. Their understanding of each other plays out in the dynamism of their joint DJ sets, where a refined selection and intricate mixing forms a journey like no other. Case in point: their revered Essential Mix from 2016.

Afterlife label and Scubaʼs Hotflush, including further collaborations with Locked Groove and Aether. Their 2020 release on Afterlife, Walking Away, became one of the year's most acclaimed tracks and Mind Against's biggest success since Astral, paving the way to a new chapter in the duo's career.

Exclusive Booking Agency for Mind Against: Worldwide except North & South America and France