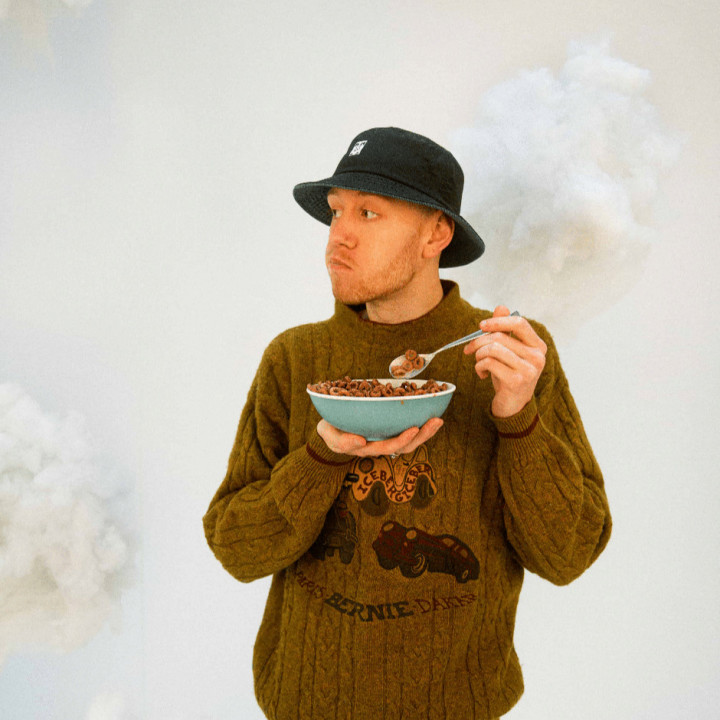 Singing purely from the heart, Miller Blue is the genre-bending polymath fusing electronic soundscapes with soulful vocals and lyricism. The singer-songwriter and producer generates the emotion associated with his life up to this point to create textured, warm and endearing music for the listener to relate to. “[My music] always comes from the experiences I’ve had,” he says. “I kind of look at my first two projects as diary entries, that move and grow as I do. I try to release things in chronological order of how I've experienced them, so that you almost get a sense of my journey without being there with me in a way.”

Music has been a constant in Miller Blue’s life for as long as he can remember. Hailing from the small UK village of Gobowen, his dad played bass guitar in a band at the height of the new wave romantic era, before transitioning into ambient music, giving a young Miller his first insight into production. “He introduced me to the weirdness that I like,” he explains. “He’s a super nerd with synths and I know from what I'm making at the moment, it's still there, rooted in.”

Hip-hop proved the 24-year-old’s first major love, particularly the likes of Dr. Dre and Missy Elliot, and as a teenager he dug deep into the richness of rap’s mixtape era, facilitated by new age platforms such as DatPiff. “I think that probably slipped away,” Miller says, “when I first started listening to James Blake and the more experimental world of synth music. But it was also like ‘ah, maybe those two kind of tie together.’”

Tying in his influences - from J Dilla and Erykah Badu to James Blake and Chet Faker – Miller Blue found himself in a musical realm where, slowly but surely, he was stripping himself of his inspirations and finding his own path. “Things come more naturally to me now when I'm writing in terms of feeling confident with it as myself,” he explains. “Whether it works or not, I know that trusting the process leads to these projects that come together.”

This approach has so far produced his debut EP Cotton, released in 2019, and 2020’s Sunflower, both teetering between emotive R&B and alt-pop introspection. Consequently, Miller Blue’s talents have garnered him more than five million streams, constant radio play courtesy of BBC Radio, consistent playlist placements and live sessions for the likes of 4Music and Mahogany. He’s also written with the likes of Mr Hudson, Katy B, Snakehips, Shawn Hook and Emily Burns, a nod to his burgeoning talent.

Now preparing his third project, The Tree Of Tenéré, set for release in 2021 and inspired by the current state of the world, the next chapter of Miller’s story is set to be written. “I wanted [the project] to really reflect the isolation we've literally all been in,” he explains, “as well as how we've had to, internally, find the energy with our own roots to find our life as opposed to looking for it elsewhere. The intro shows world events, then it just moves through this process of me, trying to understand myself, learning self-love.”

With a pure heart, lyrics for the soul and a euphoric wall of sound behind him, Miller Blue is channelling himself through his music, one step at a time.