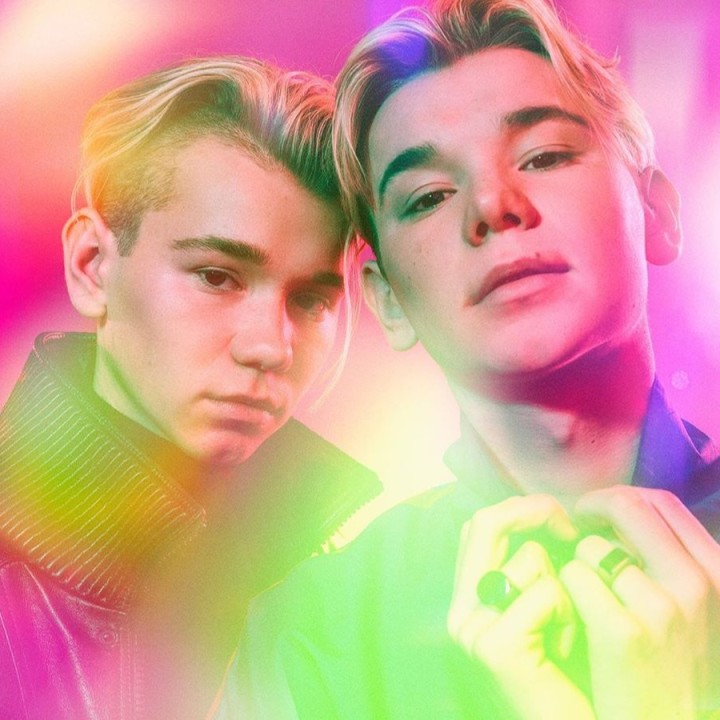 Marcus&Martinus is the biggest pop phenomenon coming from Scandinavia in years. Their EP SOON is out now -- representing the phase of being on their way forward and growing up together with their fans.

By the age of 17, the twins from Norway are already established as successful artists in large parts of Europe. Their catchy pop music and magnetic stage presence is impossible not to like, which their ever growing fan base of MMers all over the world agrees on!

The story about Marcus&Martinus begins in 2002, when they were born on February 21st. Raised in the small town of Trofors in Northern Norway, they both enjoyed singing and entertaining from an early age. At the age of nine they wrote their first song To Dråper Vann and entered the Norwegian singing contest MGPjr in 2012. The boys charmed all of Norway, and ended up winning the contest live on national TV.

Their debut album Hei included the massive hit song Elektrisk. The album holds the record of staying the longest on top 10 on the Norwegian charts, with more than 66 coherent weeks!

As their fan base grew, both in Norway and abroad, Marcus&Martinus released their first English album, named Together. The album marked the start of a new era in their career, and was followed by their first ever arena tour. The Together Tour sold out arenas in both Norway, Sweden, Denmark and Finland!

In 2017, Marcus&Martinus won Artists of the year at the prestigious awards Spellemann (the Norwegian Grammy), as the youngest artists ever, for the impressive year they'd had.

Their third album Moments came in November 2017, and were followed by Marcus&Martinus' first ever European tour, Moments Tour, with 26 shows in 14 countries. Later in 2018 they got to tour together with their big idol, Jason Derulo, on his 2Sides Tour through Europe.

Touring and meeting old and new fans is amongst Marcus&Martinus' definite favorite things to do, and there is no doubt that you will see more of them in the months to come.

Don't give up on your dreams, soon they might come true.