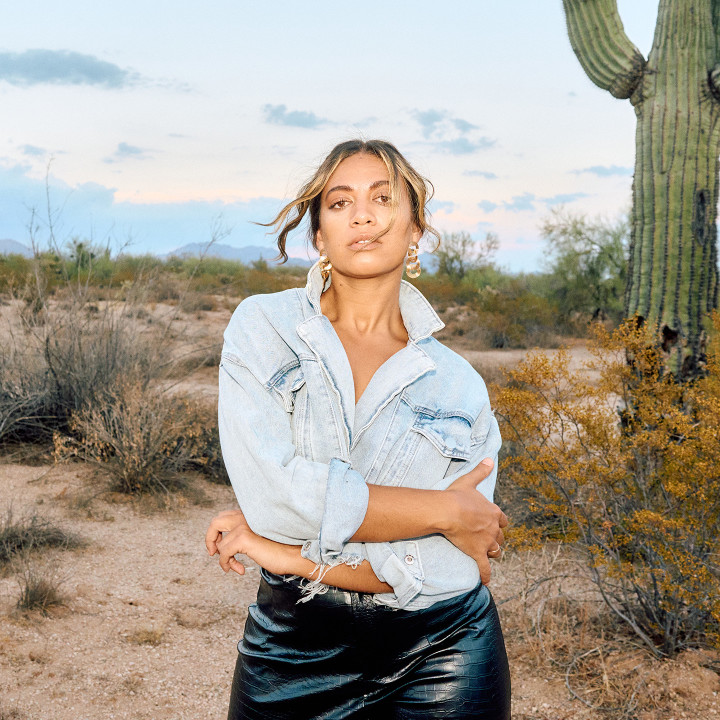 "The 29-year-old performer is cresting a fast-rising wave of acclaim and claiming her place as a thoughtful singer-songwriter in country's mainstream." -The Tennessean

Since breaking onto the scene at the 55th CMA Awards, Madeline Edwards has experienced a remarkable rise, performing on some of the genre's biggest stages and earning widespread accolades. Featured on the Spotify "Hot Country Artists to Watch" and CMT's "Next Women of Country" lists, Edwards was also selected as a Top 20 Breaker artist on NPR. Her Opry debut earlier this year was lauded as one of the "best of all time" (Country Living), and she was recently featured as Billboard's Rookie Of The Month and an Apple Music Country Riser. In a recent profile for The Tennessean, Edwards was noted for "cresting a fast-rising wave of acclaim and claiming her place as a thoughtful singer-songwriter in country's mainstream."

The California-born, Texas-raised artist is noted for her unique ability to transcend musical boundaries and blend of jazz, soul, gospel and country music. Her initial five song EP, released in June 2022, featured Edwards' "captivating" (Music Row) single "Port City," where "Edwards lends her pure siren of a voice to a retelling of her own journey to Nashville" as well as well as her breakout hit, "The Road."

Edwards released her highly anticipated debut album, Crashlanded, with Warner Music Nashville on November 4. The 12-song project was "designed for people embracing not just the journey, but their power," she notes. "The hardest thing wasn't what was going on the record, but the order. I still believe in albums -- and the cohesion of how songs hold together. We spent months going over the order, because I wanted people to feel all of it."

With the release of Crashlanded, Edwards continues to solidify her place in Nashville. In addition to opening for Chris Stapleton's All American Road Show tour, Edwards brought her show to SXSW as one of Rolling Stone's "Best of..." She also performed at The Long Road Festival in the UK as well as Moon River Festival and Americana Fest. Upcoming tour dates, including Stagecoach 2023, can be found at www.MadelineEdwardsMusic.com.