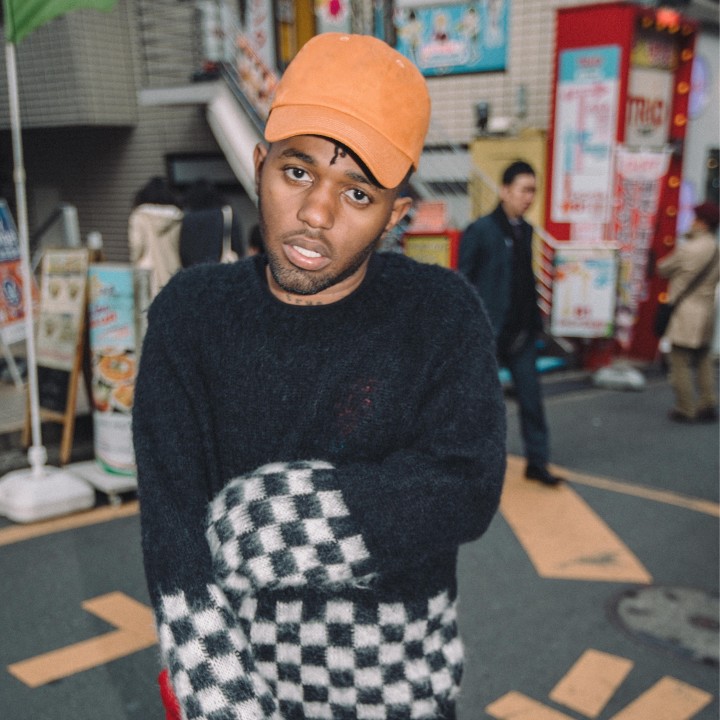 Atlanta GA has long been known as a fertile ground for musical talent, where many creative cliques have formed to spin off groundbreaking artists like Outkast from Dungeon Family or Cee Lo Green from Goodie Mob. ATL's latest rising star MadeInTYO (pronounced Made In Tokyo) comes to us by way of his young collective known as The Private Club of which he is CEO. MadeinTYO, does not have your typical rapper backstory -- born Malcolm Davis, son of a Naval Officer, he moved around frequently until his family landed in Tokyo for his high school years. Influenced by the foreign culture around him and inspired by his brother Rizzy (a successful rapper in his own right) MadeinTYO began to take music seriously. He uploaded a song to his brother's page and a movement was born. So far, armed with mostly with a batch of songs scattered across SoundCloud and some online videos to his name, MadeinTYO has managed to carve out a spot for himself amongst Future, Young Thug, and Migos in the crowded Atlanta hip-hop scene. His bass-heavy production is sonically right in line with the street sensibilities of the south but his style is more playful and breezy than most of his contemporaries. His debut single "Uber Everywhere" is quickly gaining momentum amassing almost 4 million video views so far. And whether it's remixes from Travis Scott or Tory Lanez, Snapchats from Bryson Tiller and Kylie Jenner or fashion shows by Kanye West -- MadeinTYO seems to be getting love from the who's who of pop culture. With an EP slated to drop this summer, MadeinTYO is not planning to "ride" solely on the success of "Uber." He already has a slew of material ready to go: like the aspirational anthem "I want" which already has it's own A$AP Mob remix or his joint project with Metroboomin called "MadeinBoomin." The crew might be called The Private Club, but MadeinTYO is poised to inspire the masses become part of this inner circle. You know what they say -- membership has its privileges.