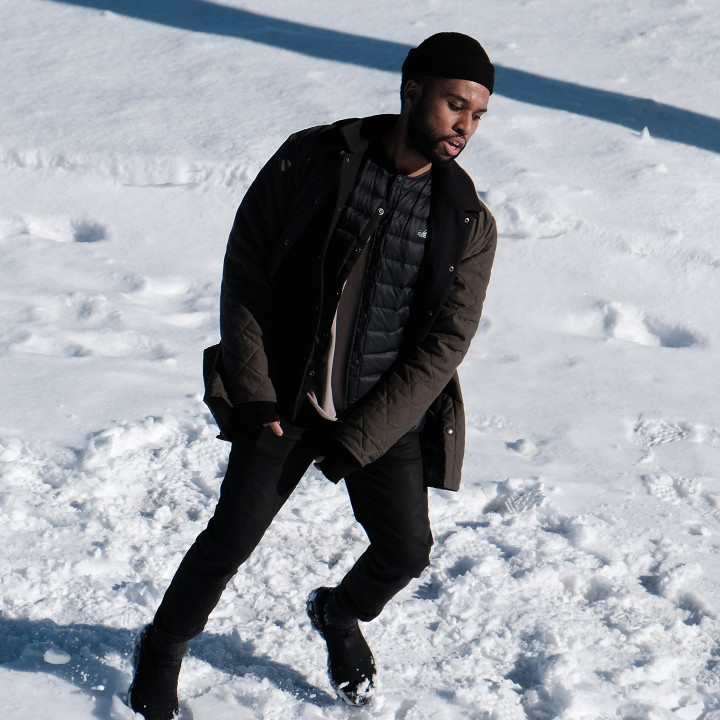 Born and raised in the city of Montreal, Canadian Artist, Producer and DJ, Lunice is a disciple of Hip Hop. Coming up on break beats and trying his hand at nearly all of the elements, from graffiti to breakdancing, Hip Hop has always been a part of his artistic expression.

Crafting his early education listening to masters like J Dilla, Lord Finesse and 9th Wonder, his outlook completely changed when he got his first break DJing legendary parties in the then-budding Montreal Bass scene, circa 2007-2009. Experimenting with electro synth sounds layered over pounding bass and drums, he soon developed a sonic aesthetic that kept the spirit of rap music while remaining as potent on the dancefloor as anything else.

Crowds quickly gravitated towards Lunice for his unique energy and theatrical stage presence. Soon after, his name began to spread beyond city limits and he discovered other like-minded artists that shared the same passion for creative freedom -- Hudson Mohawke, Just Blaze and Machinedrum to name a few.

Within a year, he caught the eye and ear of music critics and his contemporaries with two EPs (Stacker Upper and One Hunned) released on famed indie label LuckyMe and connected with renowned producer Diplo, eventually collaborating on various projects. Since then, he's positioned himself so he can work seamlessly in both the underground and the mainstream scenes -- a kind of balancing act that he has been playing with throughout his career. With this approach, he has been able to work with a wide range of artists from Kanye West, Lil Wayne and Madonna to Azealia Banks, Theophilus London and Denzel Curry.

In 2012, Lunice released a critically-acclaimed, self-titled EP on Warp as TNGHT -- a collaboration project with close friend and sonic visionary Hudson Mohawke. Following this project, Lunice released his debut solo studio album, CCCLX in 2017. That same year, he also released a collaborative EP with legendary hip hop producer The Alchemist, Moving Parts. In the Fall of 2019, Lunice and Hudson Mohawke re-connected to create their second project as TNGHT, titled II.