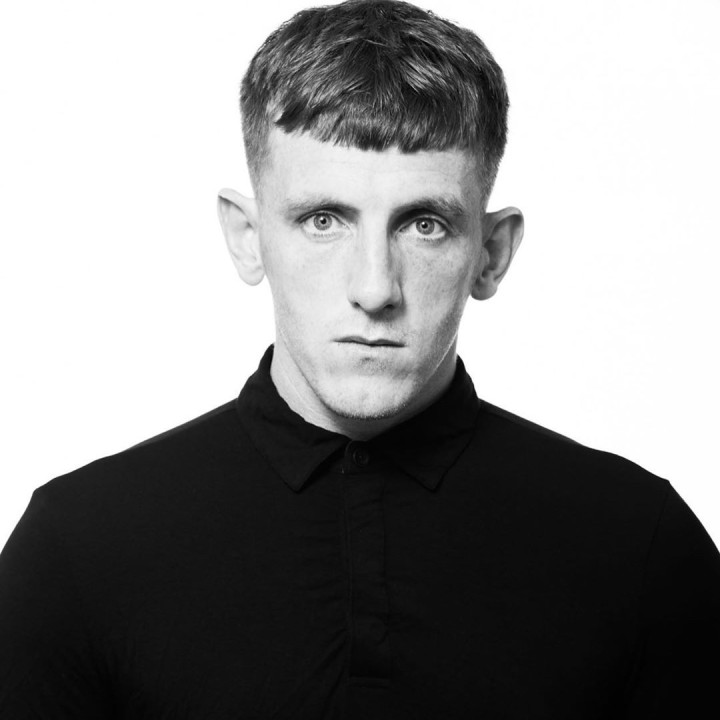 Well, he's a confident little fucker but you know what they say -- if you can't walk it, don't talk it.

"I want to be the biggest male artist on the planet. You name me one song in the charts right now that says anything about your life or my life. I can't name ONE! Chart music now is just candy -- it doesn't feed your soul. An hour later you're hungry again."

He is going to walk it.

Born in Liverpool to a heroin addict father and a mother desperate to keep him on the right side of the law, Louis Berry already seems to have lived nine lives. "I had to be older than my years to keep the family together. I had to be strong for my mum although I was ashamed growing up because of my dad. I was ashamed to be me and the only way I could get respect was by doing bad things."

He's a bit of a loner -- albeit a loner known to many on the estate he grew up on -- and a loner not unknown to the local police. His was a life spent living on his wits and his ability to help make ends meet through whatever means necessary. At his heart is a conscience and a sense of morality, although one which made him think it was ok to steal a car because "they could afford a car -- we couldn't afford to eat."

His was a life lived like so many others on sink estates across the UK.

Eventually getting access to a guitar after his grandfather gave him an entry level banjo, Louis would sneak up to his bedroom and learn to play. "I hated carrying a guitar case on the estate as it felt like a weak thing to do. But fuck it, it was what it was. At school there were the popular kids, and there was me. I thought differently to other people. It always felt like I was looking in on people and their lives.

One night a friend made him sing -- "How Deep Is Your Love" by the Bee Gees, as incongruous as it was omnipresent. "I said 'fuck it, I'll sing the song 'cause the cocaine addict who used to come around with his guitar and sing songs didn't show up -- he used to come round and sing songs while we had a joint." For Louis, It was a turning point to realise that he had talent and to have that talent acknowledged by others. Here was something he could do that didn't rely on living outside normal behavioral parameters, or living outside the law.

Things grew as the songs flowed. "I wasn't part of the Liverpool music scene which is dominated by students. I did resent people who had it easy and who were desperately trying to fit in; I always thought 'let's be real about what's going on, with people starving in the streets.' I always knew I'd sing about what I knew and what I saw and I don't care if people like it or not. But, as it turned out, they did."

Indeed they did -- the buzz on him grew so inexorably that it took just 2 gigs for him to be signed which, ironically, might be just what used to happen to many of the stage school wannabees that he so detests. But he's in it for the long haul.

The early single .'45' was the first introduction to Louis' songwriting world and quickly won him local praise as well as support amongst music tastemakers such as Zane Lowe who nominated it his 'Next Hype.' But it was '25 Reasons,' the first single from Louis' 2015 debut EP 'Rebel,' which really cemented his sound, an amalgam of classic, gritty rock n roll with soul. The track saw regular plays and radio support from BBC Radio 1's Annie Mac and John Kennedy at Radio X. By the spring of 2015 he was awarded the 'One To Watch' at Liverpool's prestigious GIT Awards by a panel consisting of representatives from BBC 6 Music, NME, Vice, The Guardian and Q Magazine.

"I've been through some tough shit -- at times I've questioned my sanity. But I'm making it better now because I've done some bad things and I've treated some people really badly. After I spent some time getting wasted in Ibiza I woke up and said 'I'm 20 years old and my lifestyle is fucked.' It was. And I found a way to make it better by making music."

Signed to Ministry, and back in the studio putting the finishing touches to his debut album, Louis Berry remains a bit of a misfit, who will gladly offer an honest opinion about anyone he knows -- including fellow musicians and people within the music industry. "If someone tells me I have to go out there and impress some people because they're important to my career, I'd rather go out there and really piss them off. Because this should be about the songs and a belief that everything else is bollocks. I walk around thinking 'people in Liverpool, can't you see what they are doing to you?.' There's so much to say and no one is saying it. I'm going to be the lad who does."