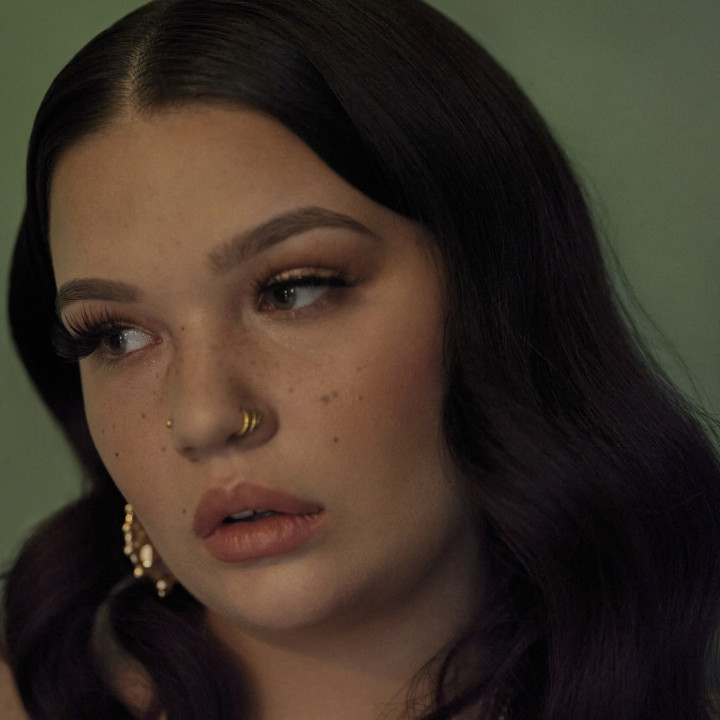 Fiercely independent and possessing a true artistic vision, 20-year-old Lola Young has all the potential, spirit and individuality to become the UK’s next biggest talent.

Growing up in south London and with an inherent sense of direction and personal drive, Lola immersed herself in music. “It’s been a part of my life since I had my first memory,” she says. “And I’ve been singing since I could talk. Not that I was a good singer then. I really had to learn, practice, get lessons and teach myself. Hard work was involved when it came to me learning how to sing. People might say, ‘It sounds like you were born with that voice.’ It was not the case at all.”

Hard work could be her motto. Despite her age, Lola has been living and breathing music for nearly half her life. She started writing songs aged 11, and by the time she reached 13, she had already competed in (and won) a national open mic competition and appeared on a television show that gave young teens a sense of what life working in the music industry was like. “I was still young,” she recalls, “and while I had managers and labels interested then, which was cool, I didn’t really give it a legitimate thought.”

Securing herself a place at the prestigious BRIT school (Amy Winehouse, Rex Orange County, Loyle Carner), Lola says she spent her time at the school “finding myself creatively and stylistically”. Still, something wasn’t quite right. “School is a difficult thing because it's about conforming and authority,” she says of her time spent in education. “And those are two things that I've never really loved.”

Once she graduated from the BRIT school, she began gigging non-stop around London and focusing on fine tuning her abilities as a live performer. “When people talk to me about performing live,” the 18-year-old says, “I say that I’ve always worked so hard in that area. I’ve done so many shitty open mic pub gigs where I’ve rocked up and played to three old men drinking beer and talking through my performance. But I had to do that.”

At the heart of Lola’s live set was the music she had written. While most artists might distance themselves from the songs they wrote when they were young, Lola embraces the emotional and musical journey she’s been on. One specific song, “I Learned From You”, was written five years ago when she was just 13, and is a highlight of her live set. In fact, despite its age, the track still manages to leave Lola in her feelings. Recalling one particularly emotional performance that left her tearful, Lola says: “That song was written about a close family member and after I performed it at that show, someone came to me and said that it made them think about this figure in their life. And it was like, ‘Wow! That is exactly what I wrote it about.’ They had attributed it to their own life. That blew my mind.”

Lola soon found herself being managed by industry figureheads Nick Shymansky and Nick Hugget and signed a deal with Island Records, the label that she says felt most homely. It’s all been a crash course in resilience. “And when I say resilience,” she continues, “I mean you have to be able to know what you want. And you have to know what you are. Actually, no one knows who they are,” she laughs, “but you can know what you're trying to be. I always had a rough idea of what I was trying to be.”

That vision manifests itself in the music she writes. “My music is all the different parts of me and how I work,” she explains. In this way, it defies categorisation, while every beat and melody has meaning and intention. As a lyricist, Lola draws you in to her world, creating evocative scenes with all the tenderness and sensitivity of a folk artist, while maintaining the sharpness, wit and attitude of a rapper.

This is exemplified on debut single “Six Feet Under”, a haunting, subtle but hook-laden song that feels sketched out of Lola’s very being. Co-produced by Al Shux (Kendrick Lemar, Jay Z), the song was written by Lola on the piano before being worked into an atmospheric, celestial, ambient and lightly electronic missive with an unconventional beat and Lola’s heart wrenching vocals singing about the battle to pull yourself out of depression. “It’s about that mental feeling of being stuck in a time and place while the world continues to turn,” Lola says of the song. “Life goes one, regardless of the way you feel about it.”

Elsewhere, “The Man” plays with intimate balladry and electronic minimalism, while songs like “3rd Jan” and “Blind Love” cover different sides of her boundless sonic universe. The latter especially is so tender and barefaced, Lola’s voice pulled back to a whisper, that it feels inevitable that it will become emblematic of thousands of people’s relationships, the soundtrack to love itself.

“As a songwriter I like that I can listen to an album and I can feel inspired to write a song,” Lola says of her inspirations. “But usually I’d say that I write when I’m really in touch with my feelings. I use it as my therapy.” Raised on a diet of Joni Mitchell and Prince, Lola, as a standout lyricist, says that she feels particularly inspired by artists who she considers poets first. “A lot of people say that they don’t hear Joni or these artists in my music, but they’re there. I have always been interested in words and how they fit together.”

The battling spirit that saw Lola pushing against the authoritative restraints at school applies to her approach to her career. “I think it’s interesting because people always try to box you,” she explains. “But what I always say is that you should just make the box really big. Because at the end of the day, when people say they want to box you or pigeonhole you, it means that they want to restrict you. Without sounding narcissistic, I'm not really one thing. I'm quite a few things and my music is quite a few things. And I think that’s important to remember: you're not just one thing.”

Such self-assurance is essential in the music industry but Lola admits she still feels overwhelmed when hearing how her music resonates with people. “It’s intense,” she explains. “I struggle with personal issues myself and even though it’s really overwhelming and beautiful when people come up to me and tell me these things, I will only hear the negative. I feel like a lot of musicians are like that. They’ll come off stage and they’ll focus on what went wrong.” She is learning, though: “It’s important to forgive yourself for those things.”

Exceptionally talented with an undeniable creative focus, she is a musical force. A thrilling and uncompromising live performer with an astute and unique gift for writing songs that encapsulate and explore the human condition, Lola Young can’t be boxed or categorised. And because of that she is one of the most exciting new British artists ready to be discovered.