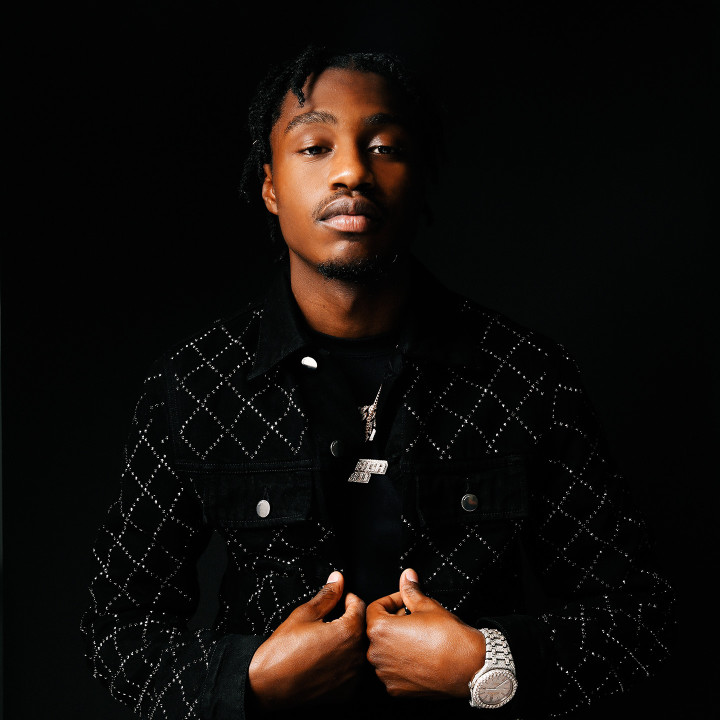 Lil Tjay has captivated the rap scene at a young age with his signature swag and blaring bars that have garnered him an audience of millions. His meteoric rise over the past two years saw the 19 year old Bronx rapper overcome his struggles and top the charts with a string of hit releases. Lil Tjay's platinum-certified debut album True 2 Myself features his triple platinum-certified hit "F.N.," double platinum-certified "Brothers," platinum-certified "Leaked," "Hold On" and "Ruthless" as well as the Gold-certified "Laneswitch," "One Take" and "Goat." Tjay first saw international chart success with the release of the Pop Smoke collaboration "Mood Swings" and on Polo G's 5x Platinum-certified breakout hit "Pop Out." His latest release "Calling My Phone" featuring 6LACK debuted at #3 on the Billboard Hot 100 and became Lil Tjay's highest chart debut and career chart peak. "Calling My Phone" received over 60 million streams globally in the first week and has gone on to explode worldwide to instant chart success hitting #1 in Canada, #2 in the UK, NZ, Ireland, #3 in Australia and Norway and more around the world. With over 202 million global streams to date, "Calling My Phone" has already been certified GOLD in less than a month in the US, Canada, Switzerland and Ireland. Lil Tjay has accumulated over 6 billion global streams across all releases and was featured as one of XXL's Freshman Class 2020 and Billboard's 21 Under 21. With the success of his most recent album Destined 2 Win 2022 is his for the taking.