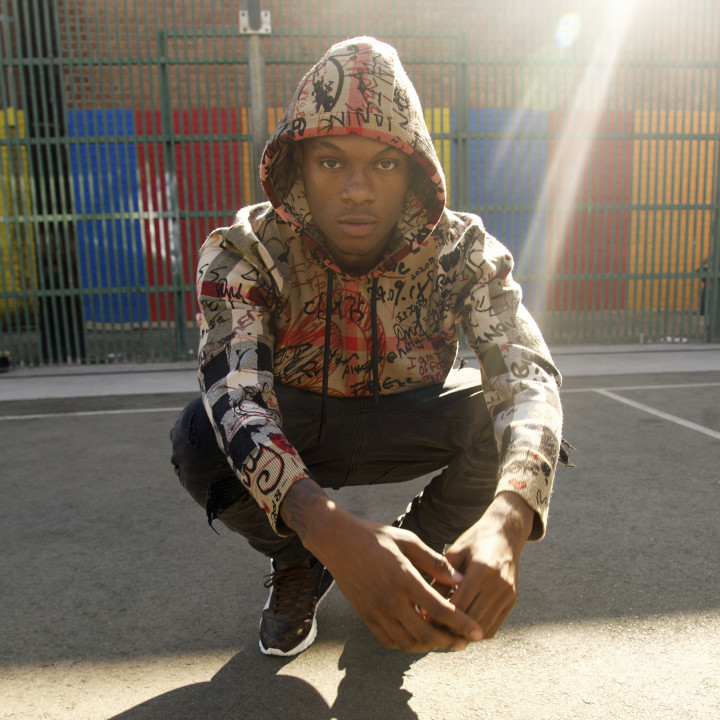 Music pushes us to act. It inspires us to improve. It encourages us to change.

Sporting an ironclad flow, razor sharp wordplay, spellbinding storytelling, and no shortage of ambition, Lil Eazzyy motivates by unleashing unapologetic, unfiltered, and undeniable truth. Racking up 15 million streams in under six months and receiving looks from RapCaviar,HipHopDX, and more, the Chicago rapper infuses intensity into a viscerally versatile signature style on a series of singles for Atlantic Records and his 2020 Underrated EP.

"I'm a kid who came from selling drugs to doing shit he had no business doing in the matter of a year," he admits. "I want to give back to the people. There's a message. Yeah, I've been in the streets, but there's more to life. Anybody can do it. Just have ambition. The purpose of the music is to give you motivation."

He actively fulfilled this pledge. Growing up on the South Side of Chicago, pops introduced him to The Isley Brothers, The Temptations, Maroon 5, Erykah Badu, and more. He eventually moved to the suburbs with his mother where he attended Homewood-Flossmore -- the alma mater of the late Juice WRLD. In between playing basketball and listening to G Herbo, Chief Keef, Future, and Lil Baby, what he calls,"fast money," magnetically attracted him.

"My dad's a sheriff, so we obviously clashed," he sighs. "He's my boy though." Trouble followed in the streets, but Eazzyy never lost sight of the bigger picture. "I was listening to Herbo and Keef, and they addressed what I was going through," he recalls. "I wanted to have my own reincarnation in music."

After dropping "Finesse" in 2019, he gained traction with "MIKEAMIRI" and "Handy Mandy." Throughout 2020, he picked up even more steam via "Listen Up," "Letter To Tracy," and "Yerk Attack." In the meantime, he also posted freestyles on Instagram and hit the studio daily.

Around the time of his high school graduation, a freestyled snippet of "Onna Come Up" exploded to the tune of 155K views. Meeting fan demand head-on, he finished the track, and it would be touted in video montages by top Fortnite players such as Chronic Hazard, Cultures, Yusa, Keeny, Fakeify, and more. It scaled the Spotify US Viral Chart, breaking him into Rolling Stone's Breakthrough 25 Chart and into the Spotify Top 25 while claiming real estate on playlists, including RapCaviar, Most Necessary, and more. Reaching 1 million streams per week in September 2020, it cracked 7.1 million Spotify streams by October as he signed to Atlantic Records.

"Onna Come Up" details the rapper's rise. Its ominous keys and skittering 808s mirror the dynamic danger dripping from his delivery. Lil Eazzyy rides the beat with rapid fire rhymeplay punctuated by lyrical aspirations, "I'm tryna make it, to put some VV's inside my Cuban Link."

"Onna Come Up" just lit the fuse for Underrated. The follow-up "Activated" showcases a Middle Eastern-style guitar riff. "I like a little bit of everything in my music," he states. "I need to be able to listen to songs repeatedly and be surprised. So, I try to incorporate a whole bunch of different sounds, so audiences everywhere can get into what I'm doing."

A woozy melody floats over glistening piano and jagged cymbals on "Finally Rich" where he takes a pensive and poetic victory lap. "It's about when I first got to California," he explains. "I came out here, and I was finally able to buy my nice clothes and live this life."

"Feeling Different" binds his sizzling cadence to airy production. Meanwhile, he sends "a message that I'm done with all of the fake shit, and I'm on my own."

In the end, Lil Eazzyy will motivate you with every bar. "You just have to grind," he leaves off. "When you see me, I want you to think, 'If he can do it, I can too.'"