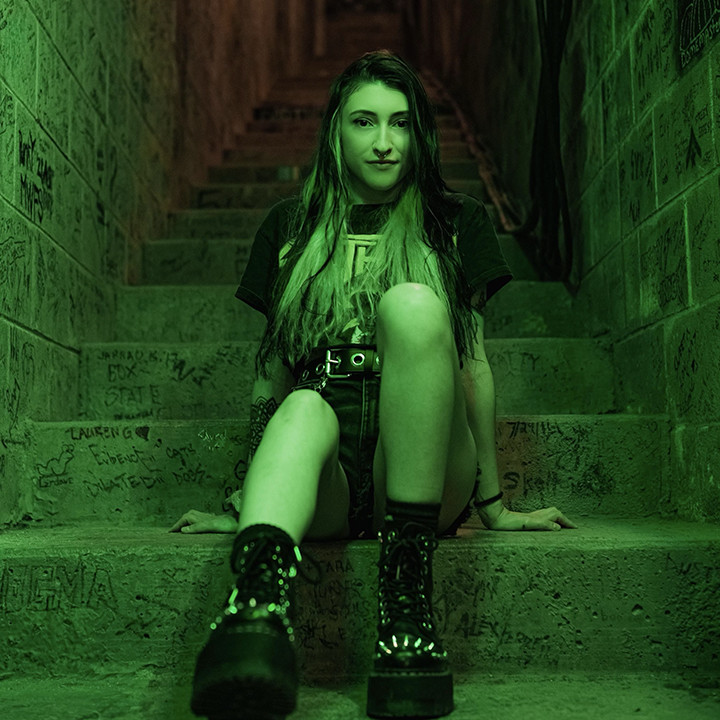 LEVEL UP, aka Sonya Broner, feels most at home behind the decks. Originally a battle DJ studying under the legendary Rob Swift, LEVEL UP later dove into music production after discovering dubstep. Continuously crafting her sound and refining her live performances, LEVEL UP takes her fans on a ride. She is at the crossroads of blending heavy and future bass, with her own flips of classic dance and emo anthems.

LEVEL UP is embarking on her second headline tour across North America, after previously supporting the likes of Excision, Subtronics, and more. She has performed at legendary venues such as Red Rocks, Lollapalooza, Electric Daisy Carnival Las Vegas, Bonnaroo, Lost Lands, Beyond Wonderland, Electric Forest, and Bass Canyon, to name a few.

She has released with Disciple Round Table, Deadbeats, GRVDNCR, and Buygore, and on her own label, Summoning Circle, with many more in the pipeline.