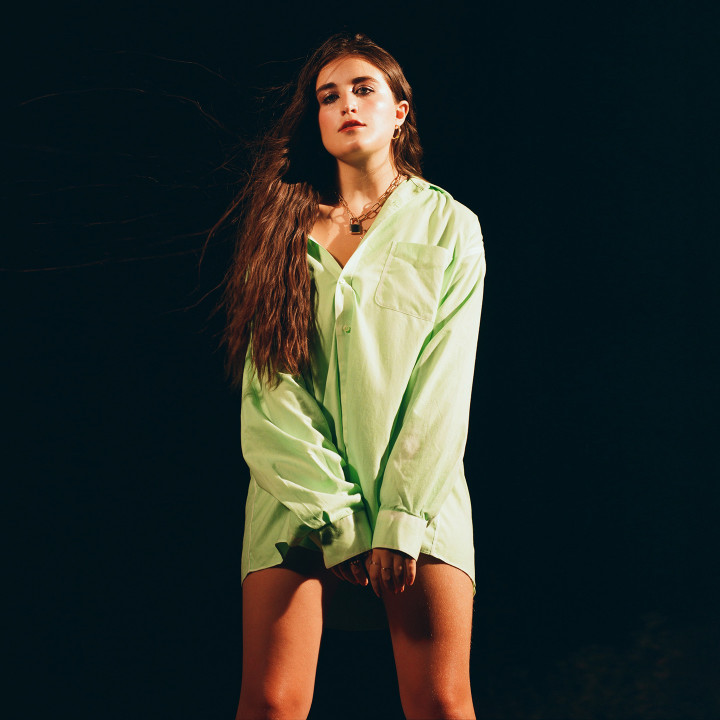 Bristol-born artist, songwriter and producer Lauren Aquilina has become a master of reinvention. Forging a career as a globally renowned songwriter working with Rina Sawayama, Little Mix, IVE, Ava Max and Demi Lovato, Lauren's artist project is now going through a renaissance of its own.

Releasing her debut EP Fools in 2012, Lauren built a dedicated and loyal fanbase through YouTube hitting 100k subscribers and later selling over 100,000 copies of her trilogy of formative EPs. By 18 she was headlining the BBC Introducing Stage at Reading & Leeds Festival and by 21 had racked up four sold-out headline tours across the country.

Sharing her debut album 'Isn't It Strange' through Island Records in 2016, Lauren was hand-picked by Taylor Swift (described as "one of [her] fave new songwriters") to open at her Hyde Park '1989' show. However, following the release of her album and an open struggle with depression, she made the difficult decision to put her career on hold announcing her retirement on social media.

"I almost quit music forever," she says before an email arrived in her inbox about Kylie Minogue wanting to work together. Prompting a shift in focus, during her first year writing with and for other artists she co-wrote FLETCHER single "I Believe You" partly-inspired by her own #MeToo experiences navigating the music industry as a teenager surrounded by predatory men.

With vocal fans including Rina, MNEK, Holly Humberstone and Jade Thirlwall, Aquilina released her first project since her major label debut in the summer of 2020. The critically acclaimed Ghost World EP followed comeback single 'Psycho' which culminated in sold-out shows across the UK, as well as a support slot with Lauren's favourite band MUNA in London and a US tour with fellow sad song connoisseur Sasha Alex Sloan.

A fierce advocate for mental health in the music industry, especially for women, Lauren has appeared on BBC Breakfast to talk about her journey on behalf on Help Musicians UK, penned a feature for The Independent and set-up her own non-profit organisation Girl & Repertoire aimed at supporting young female artists and creatives across the music industry.

Over 100 million streams later, a lot has changed for Lauren who now splits her time between London, Stockholm and LA. Having recently inked a new global publishing deal with Kobalt, Aquilina has spent the last 12 months figuring out her next move while working with Rina on the majority of her second album, as well as upcoming releases with Sam Fischer, Daya, FLETCHER, Carol Ades, Corook, Sody, and renforshort.