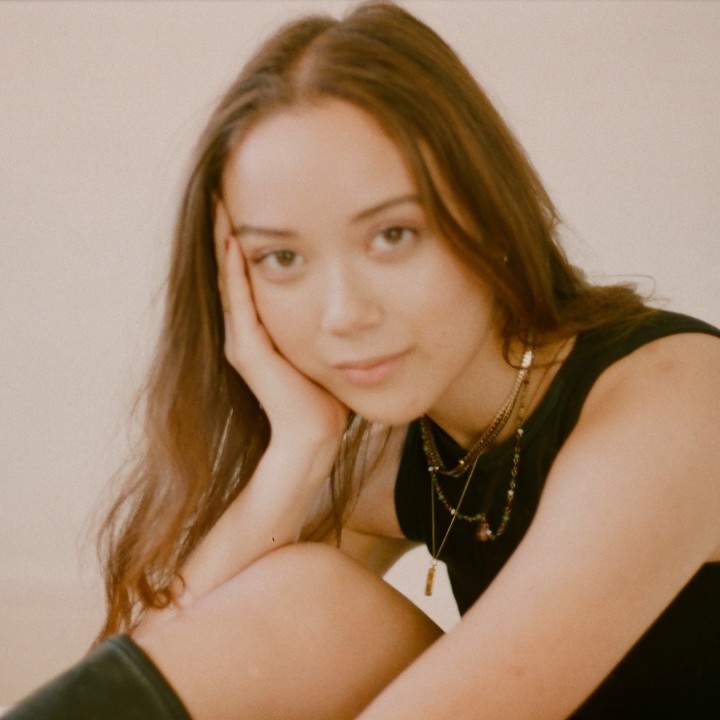 Raised between Reykjavík and Washington, DC, Icelandic-Chinese singer-songwriter Laufey (pron. / lay-vay / ) makes music that is the byproduct of rich cultural heritages and mixed musical influences. Inspired in part by her mother, a classical violinist, Laufey took up piano and cello early on. But it wasn't until deep-diving into her father's record collection, consisting of jazz artists Ella Fitzgerald and Billie Holiday, that she launched into her musical journey.

"I'm definitely very influenced by composers like Ravel and Chopin," the 22-year old musician explains, "but when I discovered the Great American Songbook and the music of George Gershwin and Richard Rodgers, it felt like this middle ground between jazz and classical that suited me perfectly."

Laufey dove headfirst into the musical canon, captivated by the lush arrangements and dreamy vocals, and by her early teenage years, she was turning heads with a mesmerizing style that belied her young age. Attending the Berklee College of Music in Boston, Laufey began cementing her distinct blend of tender jazz melodies and slow-burning R&B grooves.

As a classically-trained musician, Laufey's songs are produced and performed as jazz tunes, but the songwriting follows a more modern and relatable blueprint, one taken straight from her own intimate experiences in life and love. Her debut lead single, "Street by Street," is an empowering declaration of intent to reclaim her relationship with the city of Boston, as jeopardized by the associated memories of a painful breakup. ​Through free-form scatting and reposeful vocal styling, Laufey transforms her heartfelt truths into a revived classic-sound for contemporary audiences to resonate with.

Unable to tour due to the COVID-19 pandemic, Laufey instead took to Instagram and TikTok, performing a mix of originals and classic jazz standards. Within a year, she found herself garnering an impressive Gen-Z social following propelling her work to a newfound audience. Her songwriting has seen her gain new fans in Billie Eilish, Willow Smith, V from BTS, dodie, Ricky Montgomery and Alexander 23, the latter two which Laufey went on to support on their sold out fall 2021 tours.

After a standout year since releasing her highly-acclaimed debut EP, Typical of Me, Laufey made her television debut with a captivating performance on Late Night with Jimmy Kimmel, and performed a soft medley of tracks from her debut for KEXP's first live session back in-studio. Upcoming notable performances will continue into 2022, with Laufey confirmed to appear at the Montreal Jazz Festival and Portland Jazz Festival. With the momentum from last year, Laufey is set to have another remarkable run as she prepares to share more of her signature cross-generational sound.