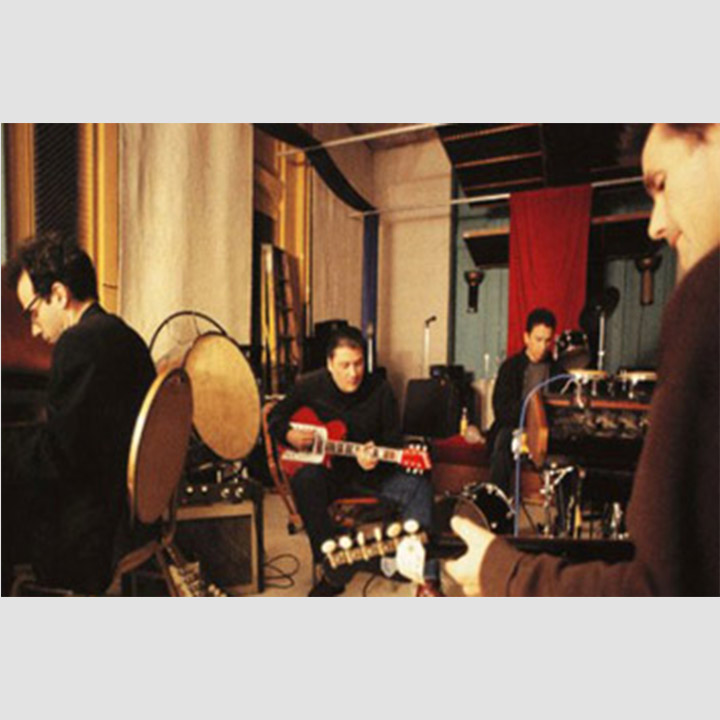 David Hidalgo and Louie Perez of Los Lobos hooked up with Tchad Blake and producer Mitchell Froom for this side project, a twisted and avant-garde take on roots music. Latin Playboys draw from blues, border music, experimental studio trickery, and cinematic sound textures on their ambitious self-titled 1994 album. All of the material was composed by Hidalgo and Perez, and shows a considerably more experimental direction than their work with Los Lobos. Dose followed in 1999. -Richie Unterberger (allmusic.com)