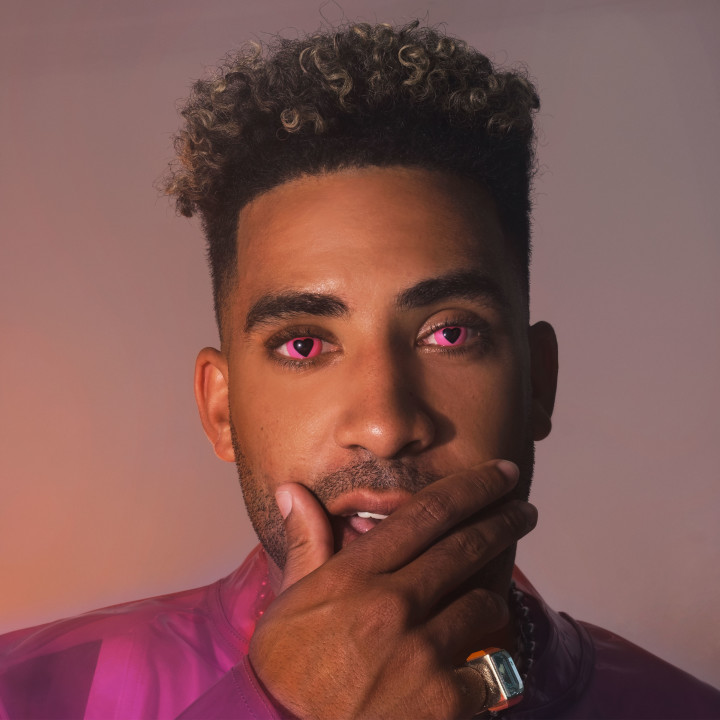 Printed inside his yearbook directly below his senior portrait are Kyle Harvey's parting words to the class of 2011 at Ventura High School in California: "See You When I am Famous!!!!!!!!!!!!" And his foresight could not have been clearer.

Now known mononymously as KYLE, the chart-topping, multi-platinum rapper's sophomore studio album, See You When I am Famous!!!!!!!!!!!! is appropriately named in honor of his high school year book quote. Earlier this year, KYLE tapped Rich The Kid & K Camp for, "YES!," the explosive first single from his forthcoming LP, which the New York Times noted that, "KYLE is perhaps the only rapper working who could pull these choices off -- he's chipper, melodic, soft-touch and a little wry..." KYLE followed "YES!" with the R&B-laced single, "What It Is," released on his 27th birthday, the Hit Boy-produced "Bouncin" and the breezy "momma I made it" anthem "Money Now," featuring Tyga and Johnny Yukon, all released ahead of the album's debut.

The Ventura, CA native skyrocketed to stardom with the 6X RIAA platinum-certified breakout single "iSpy" featuring Lil Yachty, which to date, has amassed over 2 billion streams and 500 million video views. The infectious song earned KYLE an MTV VMA nomination, a #1 spot on Billboard's Rap Songs chart, while peaking at #4 on the Billboard Hot 100. KYLE's now gold-certified debut album LIGHT OF MINE was released on his 25th birthday in May 2017 and featured special collaborations with the likes of 2 Chainz, Alessia Cara, Khalid and longtime friend and collaborator Kehlani, who appears on the platinum-certified, song of summer "Playinwitme." KYLE celebrated the release of LIGHT OF MINE with a main stage performance at Coachella before making his acting debut, starring in the Netflix hip-hop comedy The After Party.

In 2019, KYLE surprised fans with a deluxe edition of his debut collection, which included his second RIAA-certified collaboration with Lil Yachty, "Hey Julie," as well as the standout tracks "F You I Love You (feat. Teyana Taylor)," "SUPERDUPERKYLE (feat. MadeinTYO)" and "Moment (feat. Wiz Khalifa)."

Rapidly becoming a seasoned actor, KYLE followed his acting debut with a widely popular stint hosting the first season of Fuse's animated hip-hop series, Sugar and Toys. The series was recently picked up for a second season and will see KYLE reprising his role as host. KYLE will also return to the big screen, in the upcoming crime-drama movie, Cherry, directed by The Russo Brothers (MARVEL Franchise) and starring Tom Holland (Spider-Man).

KYLE enjoyed a typically prolific 2021, dropping a steady stream of singles and collaborating with the likes of Josh Golden, Travis Thompson and Jazz Cartier. Then starting 2022 as he means to go on, he dropped full length album It's Not So Bad in January. His first-ever self-released LP, it represents the beginning of an exciting new chapter in the story of KYLE, as he begins the transition towards becoming a truly independent artist.