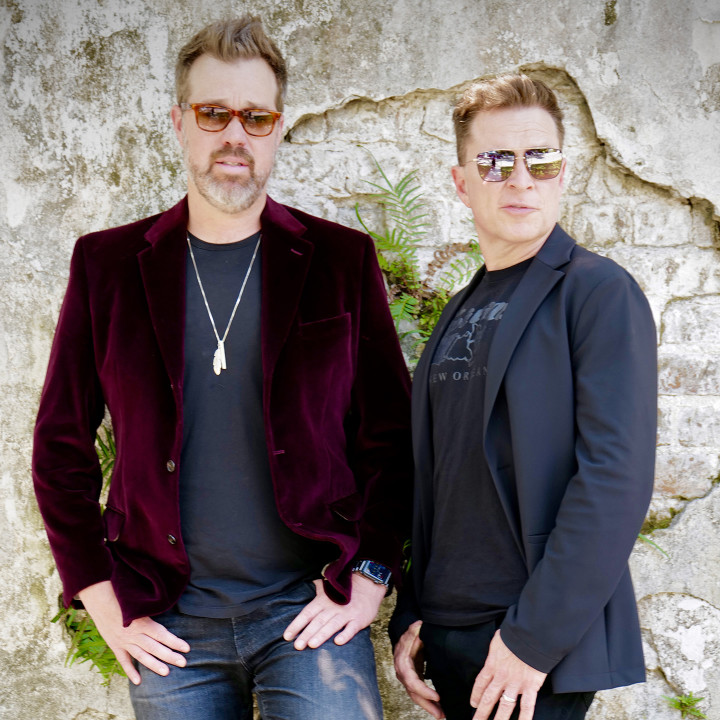 Eric Krasno is a founding member of Lettuce and Soulive and Stanton Moore is a founding member of Galactic and Garage-a-Trois. The two met each other in the mid nineties. Through their work with their respective bands they have crossed paths and shared the stage together countless times over the past 25 years. Both are GRAMMY award winning artists who together have worked with a vast array of both classic and current musical artists.

During New Orleans Jazz Fest in May of 2022 these two established artists discussed the possibility of working together on a more regular basis with a consolidated project in mind. Together, they came up with the concept of making an organ trio record of covers that would be a tribute to women in music. The record would focus on female artists and the endless amount of incredible music they have gifted the world.

With out wasting any time, this new dynamic duo started picking songs and working on demos with accomplished organist Eric Finland. They decided that the perfect studio to record this project would be the magical Levon Helm Studios in Woodstock New York. Having both worked there before they knew that Levon's vibe-drenched barn would provide a wonderful environment to bring this project to life. After recording the record in July they brought the record to California to be mixed by the legendary Jim Scott in early August of 2022.

The result is a collection of nine songs covering the works of Amy Winehouse, Nina Simone, Billie Eilish, Sharon Jones, H.E.R, Kacey Musgraves, Brittany Howard, Peggy Lee, and Aretha Franklin. The record sounds classic, yet fresh... at once vaguely familiar, yet quite unlike anything you've ever heard. Krasno and Moore are joined by musical legends Branford Marsalis, Cory Henry & Robert Randolph on 3 of the tracks.

Krasno has released twelve Soulive albums, four Lettuce albums, three solo albums, and has production and/or songwriting credit with Norah Jones, Robert Randolph, Pretty Lights, Talib Kweli, 50 Cent, Aaron Neville, Allen Stone and Ledisi. As a dynamic performer, he's shared stages with The Rolling Stones, The Dave Matthews Band, John Mayer, and The Roots. Out of seven nominations, he picked up two GRAMMY® Awards for his role as a songwriter and guitarist on The Tedeschi Trucks Band's Revelator and guitarist on The Derek Trucks Band's Already Free.

In 2018, Moore and his bandmates in Galactic pooled their resources to purchase the internationally renown music venue Tipitina's.

With a new record on the way, the Krasno / Moore Project is actively playing shows together and booking tours and festivals. They are very much enjoying working together as new partners and longtime friends and colleagues.