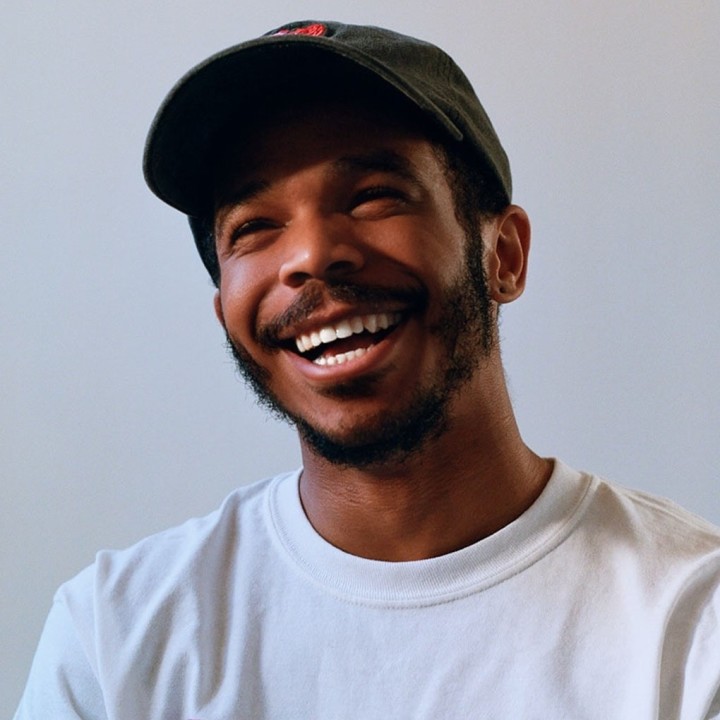 It's been said that the tongue paints what the eyes can't see. Every generation, a new person speaks and it impacts music, shifting time and space to create art that resonates in the hearts and minds of millions. On a cold October, in 1992, the Independent, Brooklyn rapper KOTA the Friend, was born -- and a new voice of a generation was in the making -- unbeknownst to many, he would paint worlds and bring to life emotions in a way that you'd have to hear to believe.

KOTA the Friend grew up in Clinton Hill, raised around the arts and entrepreneurship. These beginnings would shape and frame the talent early on to become the enigma he is today. Exploring music, he was classically trained in trumpet at age eight and rapidly trying any creative instrument he could find. A culmination of life experiences, became of the rapper, growing more and more interested in music production in his high school years. This produced a young BK kid, influenced by his community, city, rap culture and artists such as Jay-z, Nas, The Beatles, Pharrell, Bill Withers, Bob Dylan and Kid Cudi. KOTA even experimented musically, performing in various bands, namely "Nappy Hair" and working as a cinematographer, shooting videos for Asher Roth, Blu, Nike, and many others.

2009 marks an important year in KOTA's life, as it was the year that Brooklyn collective Pro Era was formed, and his "Flight Nights" under his clothing brand FLTBYS provided a stage for Capital Steez and Joey Bad A$$, members that would become iconic in Brooklyn and music as a whole. This also would establish a foundation that would assist KOTA, in his own solo efforts some years later.

2017, started a new chapter for KOTA the Friend as he introduced himself, popping up on the music scene, releasing his debut EP: 'Palm Tree Liquor,' featuring west coast rapper Blu. Having dropped out of 5 Towns College for music engineering, after a semester, the success of his introduction to the music world proved to be worth his effort in following his heart. Palm Tree Liquor was received well from Billboard, XXL, RESPECT, Neon Music, and many others.

In 2019, an asteroid hit. KOTA the Friend surprised fans by releasing his critically acclaimed debut album, 'FOTO.' The intimate LP that was coined "one of the best rap albums of 2019" by Rollingstone, DJBooth, Ones To Watch, HNHH, REVOLT, Pop Sugar, Lyrical Lemonade, Hypebeast, and many others. This catapulted the MC into hyperdrive, becoming a fan favorite digitally, growing his fanbase from 205 monthly listeners on Spotify to over 3.5 million global monthly listeners to date.

Simultaneously, his visual Youtube "Lyrics-to-Go" series that has amassed over 50 million views with notable episodes such as "KALIEF" (inspired by Jay-z's 4:44), "COLORADO" (known amongst fans for the Mac Miller shoutout), "REDBONE" (Childish Gambino Freestyle), "FOR COLORED BOYS" and many others. This Instagram bending algorithmic discovery strategy has also helped to build KOTA to where he is at today and has created a mixtape series that fans wait each year for.

2020, looked up for Brooklyn's MC's as he delivered his critically acclaimed sophomore album 'EVERYTHING' in the middle of a pandemic, high racial tension in America and personal issues. The album went on to debut at #1 on the iTunes Hip-Hop Charts (same week as 300 Ent's Gunna), #2 on the heat seekers albums, #1 on Pandora's Next Big Sound Charts, #5 on the Rollingstone Breakthrough 25 -- making his first appearance impacting the Billboard 200. This gave Academy Award Winning actress Lupita N'yongo and LaKeith Stanfield their first music debuts, setting a precedent for Independent artists everywhere that commercial success is possible. The album also featured, Tobi Lou, SuperDuper KYLE, Joey Bada$$, Dreamville's Bas, Braxton Cook, Hello O'Shay -- KOTA's most collaborative album to date, receiving rave reviews from COMPLEX, UPROXX, NOTION, The Guardian, Medium, Lyrical Lemonade, Interview, FLAUNT, Hypebeast, Okay Player, DJbooth and others!

In 2021 alone, KOTA the Friend's accomplishments span from music with the release of "To Kill A Sunrise',' a collaborative album with the iconic Statik Selektah, and "Lyrics-to-Go Vol 2," both debuting in the top 5 on the iTunes charts, and Spotify's Top US Album Debuts, as well as, #10 on Billboard's Next Big Sound charts. Also, the Brooklyn-bred CEO and Founder has further established FLTBYS Music and Entertainment, an independent label, collective, publisher, sync and licensing, and one-stop-shop music entity. Proof of his unique entrepreneurship are featured on The WSJ to Fast Company, even recently, Grammy.com. All of this transcended by his recent appearance at #1 on Madam VP Kamala Harris and Joe Biden's Inaugural Playlist curated by Emmy Award-winning actress Issa Rae and UPROXX deeming him, 'the most commercially viable independent artist since Chance the Rapper.'

It's been said that the tongue paints what the eyes can't see. KOTA the Friend does just that painting masterpieces that open your third eye and peak your emotions in a way like never before.