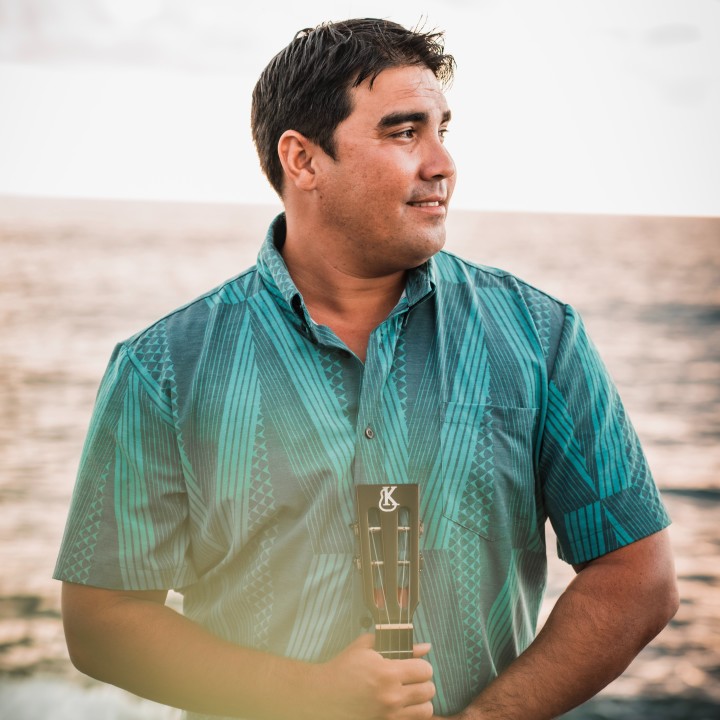 Kolohe Kai has consistently been one of the most popular artists in Pacific Island Reggae music for over a decade. The project of singer/songwriter Roman De Peralta, born and raised on the island of Oahu, has produced 10 Island Reggae hits since signing a record deal at age 17. His sound infuses the localism of ukulele music with rhythms of roots reggae, and more recently pop and r&b -- pushing Kolohe Kai into an elevated tier of Island Reggae.

Early Kolohe Kai was deeply influenced by the island elders, as well as mainlanders like Rebelution, which can be heard on debut album This Is The Life (2009). But recently Kolohe Kai has expanded the pop influence through collaborations with renowned Grammy Award-winning producer Brian Kierulf on singles like "Catching Lightning" and "Heartstrings." There's a maturity to Kolohe Kai after years of being viewed as the "Justin Bieber of Hawaii." Still the roots reggae influence will always be present in Kolohe Kai.

The popularity is undeniable as Kolohe Kai has been one of Hawaii's #1 most streamed reggae artist of the past decade with over 40 million streams in 2020 alone. Kolohe Kai's album Paradise (2013) was named Reggae Album of the Year by Na Hoku Hano Hano Awards, which is the Grammys equivalent in Hawaii. His 2019 record Summer To Winter won Reggae Album of the Year at the Island Music Awards, largely due to the success of the single "Round and Round" which became the graduation song of 10 Hawaiian high schools that year. And his recent single "Catching Lightning" went viral on Tik Tok after the Jabbawockeez curated a dance challenge to the song.

Still it's the early singles "Ehu Girl" and "Cool Down" that remain Kolohe Kai's all-time most popular songs on Spotify at over 41 million combined streams.

With all the success of Kolohe Kai, it's natural to wonder why the group has not achieved more mainland popularity. It's largely in part to the "aloha life" roots of Roman De Peralta and his ministry work. Early in his career, De Peralta turned down a record deal from Universal after the success of This Is The Life. He had barely graduated high school and " just wanted to surf and live a simple life and not be in that industry so I rejected it."

"A lot of people thought I was stupid," he said. "But I just wanted to enjoy being a Hawaii artist."

Islanders are just different from mainlanders; it's in the water. But the music was too infectious and continued to gain popularity. He found success in New Zealand headlining a sold out 5000 capacity venue tour in 2019, as well as headlining the One Love Festival three times. But again, De Peralta wanted more from life and stepped away from music to pursue volunteer work teaching refugees in Israel. While vacationing in Tahiti, he wrote the 10 songs that would become the album Paradise in 2014. By then, De Peralta was beginning to understand that he could be a positive influence through his music, possibly bigger than through volunteer work.

The viral success of "Round and Round," a song with lyrics collected from inspirational quotes his mother told him as a child, was the breakthrough he was seeking.

"That was such a pivotal time for me," he said. "It was the first time I was able to see my music in a different light. That I could bring emotional relief to hundreds of thousands of people without being in the same room. I realized how much of an impact I could have with my music."